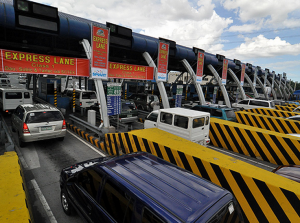 On Friday, the Toll Regulatory Board authorized the issuance of the Toll Operation Permit for the expressway after PIDC completed construction this month.

The first phase, Section 1A, which provides a seamless connection to SCTEX, stretches 17 kilometers from Tarlac City to Victoria, then to Gerona, Tarlac.

“This marks our first foray into the construction of tollways and is a major milestone in our infrastructure master plan,” said SMC president and chief operating officer Ramon S. Ang,  “The opening of TPLEX holds great significance for us because this is the first in a number of major greenfield projects since we began diversifying into new businesses.”

The first phase will cut current travel time to Baguio by as much as 40 minutes, and is part of a total 88.6-kilometer expressway, which is seen to accelerate growth in tourism and trade and agriculture in North Luzon.

From Gerona, the P23.8-billion TPLEX will have exits in Paniqui and Moncada in Tarlac; Rosales, Urdaneta City, and Pozorrubio in Pangasinan, and Rosario, in La Union.

Originally designed as a two-lane road, the TPLEX proponents, led by the San Miguel Group, decided to upgrade it to four to enhance efficiency and road safety and anticipate future growth in traffic volume.

With TPLEX, motorists can expect faster travel times and safety features that are found in many world-class tollways.

These include a fleet of patrol cars and emergency assistance vehicles that can respond to motorists anywhere along the stretch within 10 minutes; concrete barriers, guardrails, lighting and cameras in all toll plazas, signs, and pavement markings with powdered glass beads for enhanced visibility. Speed sensors will also be deployed to ensure motorists keep to the 100-kilometers per hour limit.

Toll plazas in major entry points will also be equipped with electronic card dispensing machines. All installations will be fiber optic, Internet-enabled.

Culverts that were constructed at strategic points throughout the expressway were also recently proven to be effective, as the tollway remained flood-free despite the heavy rains brought on by successive low-pressure areas and typhoons last September and October.

Since its diversification to infrastructure, SMC has been aggressive in pursuing much-needed road projects. In April this year, SMC won the concession to build and operate the NAIA Expressway, which will connect the Skyway system to all three NAIA airport terminals and to the Entertainment City of PAGCOR in the City of Manila, and the Manila-Cavite Expressway (Cavitex).

SMC is also set to start construction of Skyway Stage 3, another major infrastructure project under the Aquino administration that will connect Makati to the North Luzon Expressway and decongest major thoroughfares such as EDSA. Miguel R. Camus