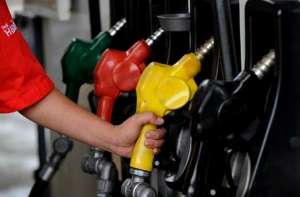 MANILA, Philippines—The oil companies implemented their last price increases for 2013 on the back of strong international demand for fuel.

Other oil companies have not announced price hikes but generally, oil firms track each other’s prices as most of the fuel products in the Philippines come from imports.

With the latest price adjustments, the year 2013 ended with a net increase for major fuel products of P3.59 per liter for gasoline and P4.68 per liter for diesel.

The oil companies attributed the latest price hikes to international fuel price movements as well as developments in the biofuels sector.

In the trading week of Dec. 23 to 27, crude trades trended higher on supply fears in Africa and stronger-than-expected winter demand in the US.

Year on year, gasoline prices for end-December grew by almost 10 percent and diesel by almost 11 percent, based on current market data and 2012 price listings in the interdepartmental “Price Monitoring Charts” report.

It remains to be seen how much oil price trends will be affected by mixed market signals for biofuel, which are seen to temper demand for petroleum products.

On one hand, Brazil recently announced it will increase biodiesel use amid high crop yields. On the other hand, the US watered down its mandate on ethanol (a gasoline additive) on food-versus-fuel competition in corn.

The Philippines has its own biofuels concerns as the Philippine Coconut Authority hit the brakes on a proposed increase in cocobiodiesel blend in the face of heavy damage to coconut plantations inflicted by Supertyphoon “Yolanda.”

What is clear is that the increase in fuel prices not only moves within a larger trend of commodity price hikes but also affects manufacturing, transportation, and household costs.

“The problem of oil price spikes is not local to the Philippines but rather it’s a worldwide problem. The more we gear away from oil dependence the better we are,” Energy Secretary Carlos Jericho Petilla said in a text message.