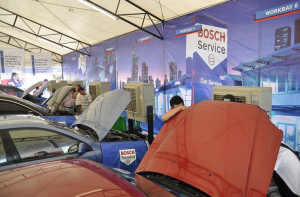 Investors are considering making the Philippines their gateway for their planned investments in the region, in preparation for the formation of the Asean Economic Community by 2015.

“With the AEC 2015 in the horizon, there is a strong interest in making the Philippines a hub for (investments in) retail, automotive parts exportation and aircraft maintenance, repair and overhaul,” Trade Undersecretary Ponciano C. Manalo Jr. said in an interview.

This is why the Department of Trade and Industry, according to Manalo, will aggressively tap and pursue next year various trade and investment opportunities particularly in mature priority markets in East Asia, including South Korea and Japan, which have been visited recently by President Benigno Aquino III.

“We will follow through these opportunities and further develop Japanese, Korean and Asean-wide interests and solid leads in manufacturing, infrastructure development and tourism,” Manalo added.

The trade official also recalled that in the second half of 2013, the DTI conducted investment missions to Europe and the United States, where various companies confirmed their renewed interest in the Philippines as an investment destination.

“There were specific inquiries about and interest, of course, in the Philippines’ business process management industry. However, we are pleased to note that we can build further investment momentum in areas such as digital telecommunications, computer entertainment and high value electronics components,” Manalo said.

“As a result of (these) activities, we see increased inbound missions and company visits to the Philippines in the first half of 2014,” he added.

This year, the Philippines played host to a big number of trade and investment missions from the United States, Turkey, Singapore, France, United Kingdom, Japan and the Middle East. The delegations were composed of companies that were eyeing opportunities in the country’s retail, energy, automotive, manufacturing, healthcare, education, construction  and IT-BPM sectors, as well as the government’s public-private partnership program.