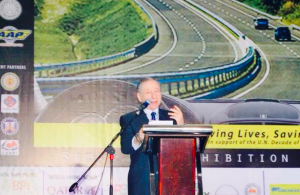 At the opening of the Asia Pacific Drive Tourism Conference, Federation Internationale de l’Automobile (FIA) president Jean Todt urged all countries to sign up to the Decade of Action for Road Safety and make tourism safe for all.

The conference, which took place Jan. 29-31, 2014 at the Subic Bay Exhibition and Convention Center, was presented by the Department of Tourism and the Automobile Association Philippines (AAP) in partnership with the Departments of Interior & Local Governments, Public Works & Highways, the Subic Bay Metropolitan Authority and Chamber of Automotive Manufacturers of the Philippines with “Saving Lives, Saving Costs, Saving the Planet” as the theme in support of the Decade of Action for Road Safety 2011-2020.

The guests of honor were Todt and Tourism Secretary Ramon Jimenez. Todt heads the FIA, the Paris-based federation of 239 national motoring and sporting organizations worldwide with a grand total of 100 million members.  The FIA is better known as the governing body of all four-wheel motor sports worldwide including Formula One and the World Rally Championship.

Delivering the keynote speech, Todt said that tourism can be a key generator of economic success, but tour operators, tourist companies, automobile clubs and most important of all, national governments need to work together to make tourism safe for all. Growing tourist numbers and the growing road safety crisis are two trends that are directly linked.  As more people travel for business or leisure and as road injuries and fatalities continue to rise particularly in developing countries, tourist injuries and fatalities will also rise, he added.

“Road crashes represent the highest risk that tourists are likely to face,” Todt noted.  “A tourist is more likely to be injured on the road than to suffer from disease, violence or risks associated with other transport modes such as flying… Without planning and a sustainable approach, dangerous roads, dangerous infrastructure and dangerous driving can turn a tourist’s dream into a nightmare-  not only for the tourist for also for the local population.” 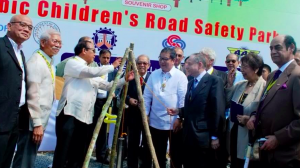 While the FIA has promoted 10 Golden Rules for Safe Driving around the world to encourage motorists to obey the rules of the road and respect pedestrians and cyclists, Todt pointed out that only national governments can adopt suitable road safety legislation, guarantee the effective implementation of that legislation, set safety standards for vehicles and infrastructure and ensure the continuous improvement of emergency medical services. “It is  national governments also that have the power to provide information, raise awareness and educate road users in order to change driving behavior,” he said.

The launch of the United Nations Decade of Action for Road Safety three years ago raised awareness of the global road safety crisis wherein 1.3 million people die every year on the world’s roads and a further 50 million are injured. “Unless we strengthen our efforts, by 2020, two million people will die every year as a result of dangerous roads.  That would mean road safety would outstrip any other major global pandemic in terms of fatalities,” Todt warned, observing that 90 percent of the world’s road deaths take place in developing countries despite the fact that they have less than 50 percent of the world’s cars.

He lamented that while over 100 countries supported the Decade’s launch, many still do not take road safety seriously enough. To reach the Decade of Action’s goal to save five million lives by 2020, more countries and governments have to take action in order to tackle the problem with the level of commitment required.  The UN, World Health Organization, World Bank and multilateral development banks are engaged on this crisis and progress has already been made, “but we need to do more,”  Todt said, adding that it is essential for the issue to become integrated as part of the Sustainable Development Goals that will replace the Millennium Development Goals from 2015 onwards.