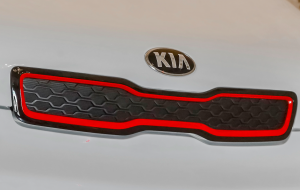 MANILA- With basketball as the unopposed favorite in Philippine sports, it was no surprise then when Asia’s first play-for-pay pro-league, the Philippine Basketball Association (PBA), received calls for more brands wanting to join the league.

News of Columbian Autocar Corporation’s (CAC) intent to join PBA began making the rounds in sports and automotive media early March. The reports immediately got fans of the brand and of the sport talking and finally, there was confirmation that three teams signified formal interest to join the Association’s 40th season.

By April 10, 2014, history was made as the PBA Board of Governors, led by Commissioner Atty. Angelico “Chito” Salud, gave the nod of approval to three new teams, including CAC, the exclusive distributor of Kia Motors in the Philippines.

Now, CAC and Kia are full steam ahead on their preparations and many activities heralding this memorable undertaking.

CAC is launching Choose the Name, Win the Game – a team-naming contest that will determine Kia’s PBA team name.

Fifteen (15) shortlisted entries with the best and most appropriate names for Team Kia will also be rewarded with a 5-day trip to Los Angeles, California, USA to watch a 2014-2015 NBA game, live! Starting May 16, the public can start submitting their proposed Team Kia names at www.NameTeamKia.com. Names will be judged by CAC executives based on Originality, Creativity, Impact, and Appropriateness to Kia’s brand image. As a special treat to their loyal fans, Kia vehicle owners will be allowed to submit two (2) names per Kia vehicle, giving them more chances to win this amazing basketball experience!

Kia is no stranger to basketball promotion having been an Official Automotive Partner of the National Basketball Association (NBA) since 2008. Kia has also presented the NBA year-end Performance Awards including MVP, Rookie of the Year, Most Improved Player, Defensive Player, and Sixth Man Award. Locally, Kia’s exclusive distributor, CAC, has been an active proponent of other sports programs such as an annual football festival tagged as Kia Cup and the sponsorship of the Philippine Azkals.

Following PBA’s continuous rise in gate attendance, TV ratings, and popularity nationwide, Kia joining the PBA was a plausible move after all.

Moreover, CAC is also celebrating its 20th year in the automotive industry and it is definitely an opportune time for the brand to venture into the country’s biggest sporting league. CAC President, Ginia R. Domingo, shares, “Being in the business for two decades is no easy feat but our task of bringing Kia closer to people and, in turn, bringing a different driving experience does not stop. Kia in the PBA is just the start of how CAC’s next 20 years will be– more vibrant, more surprising.”

If this is an indication of things to come, then the public can indeed look to the brand with the Power to Surprise for more amazing news in and outside the worlds of motoring and sports.

Be part of history and visit www.NameTeamKia.com to submit your team name entry and for complete contest mechanics. Promo runs until July 31, 2014 only.