Earthquake disaster drill on July 2 may cause traffic disaster 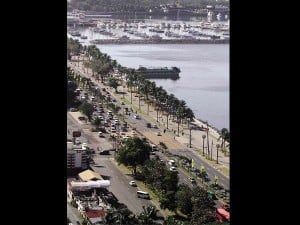 The Metropolitan Manila Development Authority (MMDA) has announced the closure of parts of Roxas Boulevard, Manila for an earthquake disaster drill on Wednesday, July 2 from 7am to 3 pm.  Although the goal of being prepared for a disaster is laudable, the timing of the closure of a major road on a business day remains questionable.

MMDA has announced that: Roxas Blvd. from T.M. Kalaw to Quirino will be closed to traffic on Wed, July 2, 7am-3pm for the Earthquake Disaster Drill as part of the annual National Disaster Consciousness Month.

Meanwhile Pasig City also announced the closure of several roads in the city on July 2, from 6 a.m., due to a “civic parade.” Closed will be, among other roads, C. Raymundo Avenue, Caruncho Avenue, and Dr. Sixto Antonion Avenue. 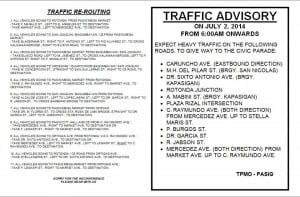 What our esteemed public officials don’t seem to appreciate is that closing a single road can bring traffic to a standstill in other parts of the metropolis. On the other hand, if they simply wish to simulate Armageddon, this would be a good way to start.