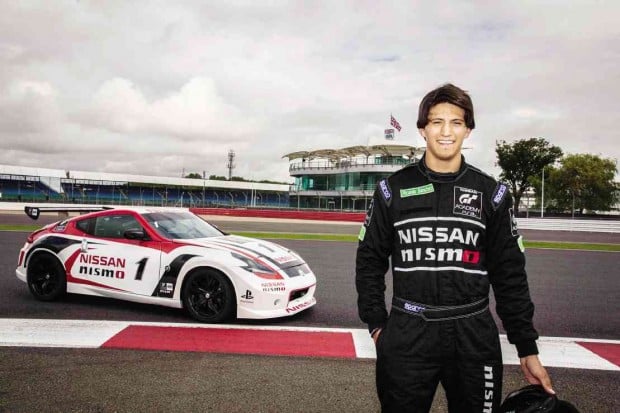 LOCAL fans of PlayStation Gran Turismo will try to follow the footsteps of Ricardo Sanchez, champion of the GT Academy International Race Camp in 2014.

NISSAN is on a roll in the Philippines under the newly unified Nissan Philippines (NPI). After the successive launches of the all-new Sylphy and Altima sedans, and the X-Trail SUV, the brand is back in the public eye.

The all-new Navara pickup, with styling and features inspired by SUVs, will be launched in February. NPI president Antonio Zara said: “The Navara is a beast of a machine. It is tough and smart. It will feature a multilink suspension, one of the best independent suspension systems.”

Now, the excitement for Nissan fans will go up to level 11, as Nissan Philippines announces that the Gran Turismo Academy will be launched in the country.

GT Academy is a race-talent recruitment program unlike any other. It is built on the premise that driving video game champions can take on the world’s racing talent. Driving video game enthusiasts will compete online and in live events. A group of champions will be chosen to be trained and take on the challenge of being a real-life professional race driver.

In the past couple of years, Nissan has put GT Academy drivers behind the wheel of 370Z and GT-R race cars. A past winner received a GT-R Nismo GT3—a real one, that is.

With the GT Academy launch in the country this year, local gamers will finally be able to proudly choose the Philippines from the list of participating nations. From the online and live-event competitions, 12 finalists will be selected. They will take part in a national final event, duking it out in special racing pods.

Real driving skill, fitness and media savvy will be tested as well. The chosen driver will then compete with those from other countries, until a group of six drivers will be invited to Silverstone, United Kingdom, to take part in the final selection round.

The participating drivers will switch from the PS3 console to actual Nissan sports cars. Competitors will be judged on talent, drive, passion and dedication. Past winners have participated in events such as the Dubai 24 Hours.

The company also launched the Nissan Drive to Discover program. Nissan will team up with different organizations for a drive around the Philippines. “We will take you to a tour of the Philippines like never before,” Zara said.

“Last year, we welcomed 2014 with the launch of two of our sedans and ended the year with a bang with the X-Trail. 2015 will be an even bigger year with exciting launches,” he added.