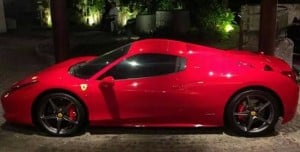 Why is comedian Willie Revillame selling this car? He was quoted by GMA News Online as wanting to sell his luxury cars. In 2013, he became the first customer of Rolls Royce when it was launched in Manila. He further added that he plans to live more “simply” and was inspired by Pope Francis during his visit. Revillame’s Wowwowee show was axed in October 2013 and he has not been active in showbiz ever since. He was recently spotted driving a white Maserati Quattroporte.

The Ferrari 458 in the photo is a Philippine unit that has run a mere 600 km. It is reportedly being sold for P25 million. 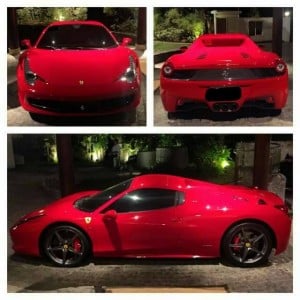