MANILA, Philippines–You know Pinoys love summer when their three-month calendar has that week-long blockout called “family outing.” Regardless of when that epic vacation happens (be it in March, April or May), the country’s automotive industry is ready and raring to provide the ideal ride for the entire family, or for specific driving purposes to any point in the Philippines.

And the conditions are ripe for more Filipinos to buy cars this season: Interest rates for auto loans are continuing to slide down, making it easier to purchase a car; mass transport is in a mess  (and not everyone is keen on buying a motorbike, either); the economy, in general, continues to be bullish.

Who would’ve thought that the sheep could gallop as fast as the horse? But it’s happening, as evidenced in the blur of activities the big players in the Philippine automotive industry have been engaged in lately.

In less than two weeks, the number of reservations for the recently launched Honda Odyssey had reached 140, no mean feat for a luxury vehicle. 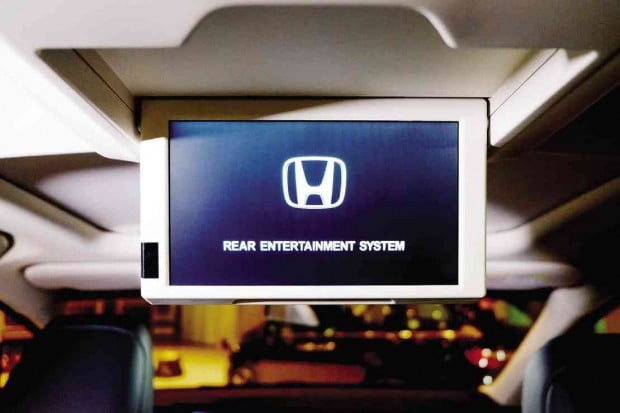 The seven-seater luxury minivan is equipped with new features, such as the multiview camera system, smart parking assist system and the second-row Captain Cradle Seats.

It retains an introductory price of P2.298 million and comes with free Modulo accessories until March 31.

HCPI has sold 250 units of the American version since it was introduced in the Philippines in 2012. The newly launched version is from Japan.

Lots of screaming and screeching at the Vios Cup

Automotive giant Toyota Motor Philippines (TMP) injects glamour and high octane in its best-selling compact sedan Vios.
Transformed into a sports car of sorts for the everyday man, the Vios now serves as the figurative and literal vehicle to bring about its “waku-doki” (intense fun) races. The first of four legs this 2015 will be at the Clark International Speedway in Pampanga on March 21.

Open to the public, and with no entrance fees, the Vios Cup, now on its second season, will be bannered by celebrities Derek Ramsay, Jasmine Curtis, Kylie Padilla and Joyce Pring as they go head-to-head with returning celebrity racers Phoemela Baranda, Rhian Ramos, DJ Sam YG and Jinno Rufino.

They will be joined by 32 other registered racers. The 2015 season of the Toyota Vios Cup is touted to be the biggest motorsports festival in the country.

During the event, Drift King Keiichi Tsuchiya will perform an exclusive drifting exhibition, which will kick off car club activities and drifting battles.

The one-make race Vios Cup, the largest grid achieved in Philippine racing when it was first held in 2014, proves that “local motorsports is definitely back,” says TMP. 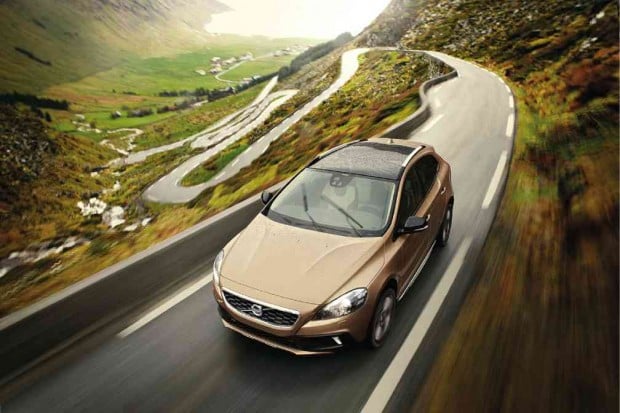 Get a fuel refund if you end up ditching the hatchback Volvo V40 CC.

Volvo Philippines is pulling out all the stops and daring car buyers to compare its V40 CC with competitors, and get a free fuel up in return.

In a daring campaign, the Scandinavian carmaker recently announced it would be willing to give out free fuel should clients test-drive the new hatchback Volvo V40 CC and still go for its competitor.

In a statement, Volvo Philippines shares: “If, after putting the car through its paces and experiencing its uniquely class-leading delights, and clients still choose other compact premium hatchbacks over it, Volvo Philippines will gladly shoulder a free tank of fuel and wish you on your merry way.” 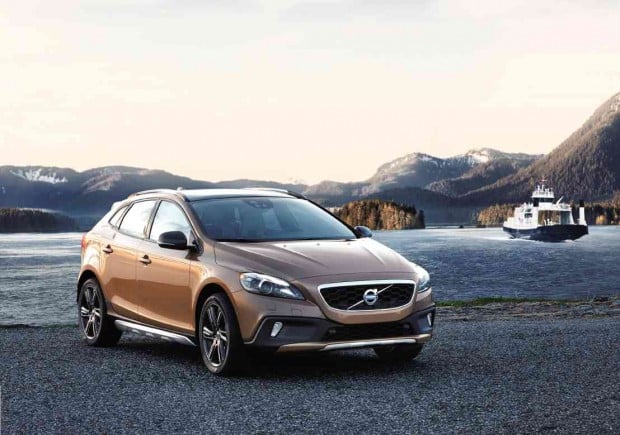 And it would be hard to turn this beast down. With the new four-cylinder, 2-liter Drive-E powertrain, the V40 CC blends world-class drivability, fuel efficiency, low CO2 emissions, and enough creature comforts and innovations for lawyer Alberto B. Arcilla, Volvo Philippines’ president, to declare: “We have faith in this versatile, modern and innovative Volvo, which is why we invite everyone to get behind the wheel and experience the difference of driving a car that is designed around them.” 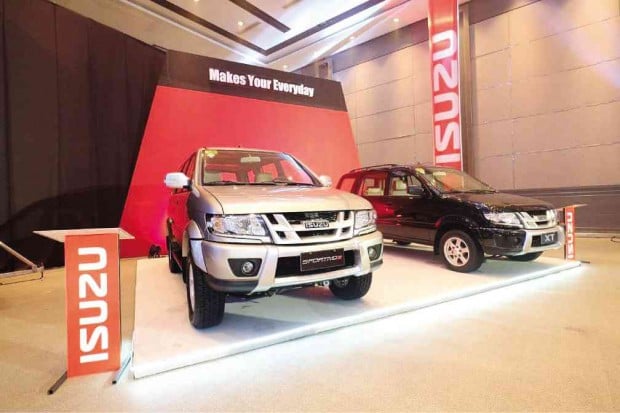 The Crosswind continues to enjoy a wide following.

In case you haven’t noticed, there’s a new Isuzu Crosswind blowing into town. 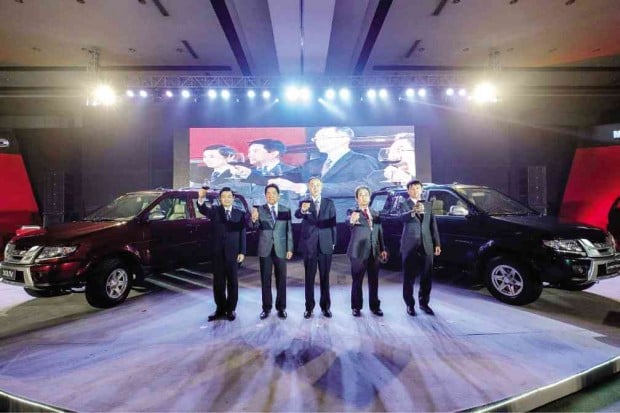 The all-new Odyssey launched at One Esplanade

Isuzu Philippines Corp. launched the five variants of the Crosswind on Feb. 18 at the One Esplanade Event Center in Pasay City. The launch was highlighted by the comeback of the popular XUV variant.

The new model comes with a sporty style front fascia, and a combination of new silver grille and one-piece color-keyed front bumper.

Foton brings the Thunder in summer

Among the deluge of Chinese auto brands making their way into the country, Foton seems to be standing out from the rest, and even blazing its own way in the offroad category.

After announcing the five-year warranty on the Foton Thunder pickup, Foton Philippines is next scheduled to showcase its powerful Cummins engine for the first time in the Thunder 4×4 Outdoor Action Event on March 20 and 21 at Parking 4 of NE Pacific Mall in Cabanatuan City. Admission is free and prizes await lucky participants.

The Thunder is equipped with a Euro 4-compliant 2.8-liter ISF CRDi turbodiesel Cummins engine mated with a 5-speed manual transmission from Getrag.
According to Foton Philippines, the Thunder achieves 4-star safety ratings from Ancap and Euro NCAP.

The 4×4 event will showcase Thunder’s power, traction and maneuverability as it negotiates specially-made hills and other obstacles in various types of terrain.

The Thunder 4×4 Outdoor Action Event signals the start of a series of other Thunder events to be held across the country. In line with this, Foton’s Wise Price Deals Promo, effective until March 31, offers the Thunder 4×4 and 4×2 variants for low down-payment deals in its 22 dealerships.

Make room for a new Strada

There’s only one more day to wait until the all-new Mitsubishi Strada makes its official appearance in the Philippines on March 19.

Motoring scribes who managed to get a sneak peek of the new Strada and have a drive of it in Thailand hint of a brand-new, aerodynamic experience brought about by design cues borrowed from the futuristic GR-HEV (Grand Runner-hybrid electric vehicle) concept presented at the 2013 edition of the Geneva Motor Show. 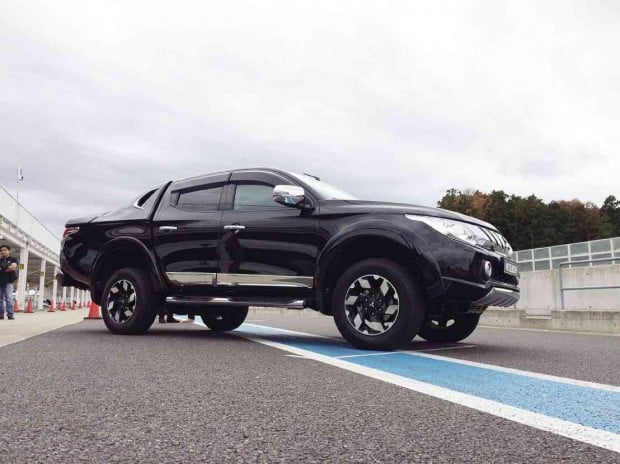 The all-new Strada has grown in size.

The all-new Strada has also grown in size, longer by 70 millimeters and wider by 15 mm. Thus, it offers more cabin space—an additional 10 mm of shoulder room, 5 mm headroom at the front and 20 mm of extra rear legroom.

But the all-new Strada has retained the distinctive “J-line” that separates the cab and cargo bed. The J-line allows the rear seats to have a nicely angled backrest.

The new Strada continues to be powered by the tried-and-tested third-generation 4D56 2.5-liter diesel engine equipped with variable-geometry turbocharger generating 176 horsepower and 350 Newton-meters of torque.

Chevrolet Philippines announced that it continues to reinforce its strong presence in the diesel-powered SUV category through the reintroduction of the refined and redefined 2014 4×2 Chevrolet Captiva. Launched in December 2014, the Captiva is equipped with the 2-liter CRDi turbo-diesel engine with six-speed automatic transmission. 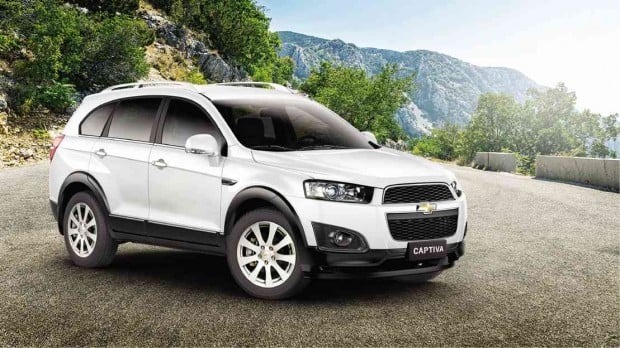 The Chevrolet Captiva is powerful enough for steep and challenging roads.

The 2-liter CRDi turbodiesel engine is capable of producing a maximum of 161 HP and 400 Nm of torque, providing impressive power and acceleration for overtaking and climbing steep and challenging roads. It is equipped with variable-geometry turbocharger  technology.

Similar to other Chevrolet diesel vehicles, the Captiva is designed to deliver commendable fuel efficiency.

And now, with a new second-generation GF6 six-speed automatic transmission with Driver Shift Control and Eco-drive mode, the Captiva can produce better fuel consumption ratings which will redound to more value and savings.

It can seat seven full-size adults when all seats are configured upright and a trunk space that increases up to 1,577 liters when both second and third row seats are folded.

TCCCI (Chevrolet Philippines), the exclusive importer and distributor of Chevrolet automobiles and parts in the Philippines, said in a statement: “The Chevrolet Captiva may arguably be the most spacious compact SUV in its segment.”