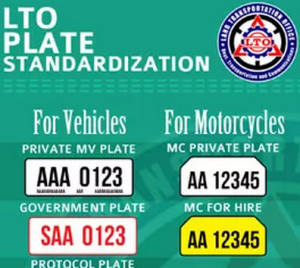 Senators on Thursday questioned the Land Transportation Office (LTO) project replacing all vehicle license plates with standardized ones, arguing that the scheme offered no benefit to motorists and has become a big milking cow for the government.

At the joint hearing of the Senate blue ribbon and public services committees, Sen. Ralph Recto said he saw no gain in the LTO’s P3.8-billion purchase of new motor vehicle plates, which will only be an extra expense to motorists.

Owners of four-wheeled motor vehicles will have to pay P450 per license plate and motorcycle and tricycle owners P120 each.

Recto also challenged the bidding process, which he said was started by the Department of Transportation and Communication (DOTC) in 2013 when there was no appropriate budget for the project.

For his part, Sen. Alan Peter Cayetano questioned the additional P50 that motorists were made to pay for registration stickers on top of the P450 fee for the license plates.

With eight million new vehicle license plates to be issued, this would amount to a P400-million profit, said Cayetano.

During the hearing, Recto noted that the purchase of new plates had not improved the traffic situation even as he saw no new additional security features in the new plates that would redeem them.

“This is what it appears to me and to many others. This appears to be a business that we gave to the new supplier. That we should replace all license plates and the people would spend for it even if they don’t need it. If at all, [it’s needed] for new vehicles only,” Recto said yesterday.

Tan explained that enforcers on the road rely on the design of plates to spot possible violators, such as when an old plate design is found on a new model vehicle. He also said the purchase of new plates was not intended to be part of a traffic solution.

Transportation Undersecretary Jose Perpetuo Lotilla said the new plates are designed in such a way that prevents them from being stolen from the vehicle.

Sen. JV Ejercito, who presided over the hearing, said the LTO’s intention to standardize the look of license plates was a good one.

Ejercito said the issuance of the new plates is already in progress and would be difficult to halt.

But he also said Recto had a good point when he said the old license plates would eventually be phased out anyway, and that the new plates was just an added burden to vehicle owners.

These and other issues would be tackled in a subsequent hearing, he said.

Edward Fereira, one of the private bidders for the license plate deal, disclosed during the hearing that based on the invitation to bid, the P450 fee for vehicle owners was supposed to include the two new plates, two sets of plate screws and the sticker.

Motorists who got the new plates were asked to pay an additional P50 for the sticker.

“Why don’t we just admit to the people that they were your milking cows?” he said.

As for the bidding process, Recto said the DOTC only had P187 million in the 2013 budget for the license plates.

But it began the bidding process for the P3.8-billion project and gave the notice of award to the winning bidder in 2013. The contract was signed in 2014 after the DOTC got an additional amount to finance the deal.

“It was clear there was no appropriation in 2013 to the extent of P3.8 billion. It would appear to me they did this project without appropriation. They corrected it in 2014 by putting an appropriation and signed the contract in 2014, even if they gave the notice of award in 2013,” he said.

The DOTC maintained that this was allowed.

But for Recto, this is dangerous because government agencies might bid out projects without appropriation, and the bidders would have to pay bond charges to participate, which is deceptive.