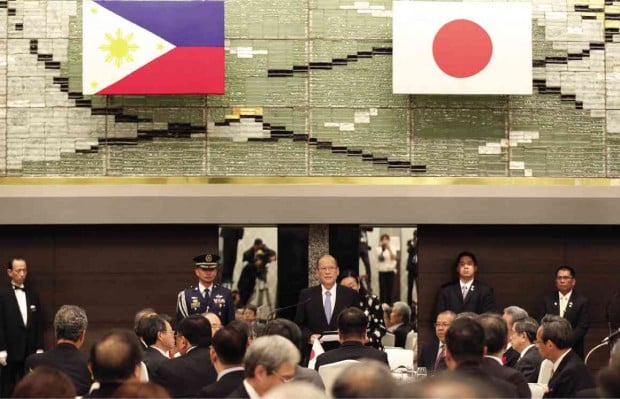 THERE are two ways to look at the newly minted Philippine automotive industry plan.

One is that it will now enable the participating carmakers to expand their local manufacturing capabilities and improve their vehicle models’ cost competitiveness.

The other is that Executive Order No. 182, or the Comprehensive Automotive Resurgence Strategy (CARS) program, somehow puts the proverbial cart before the horse: How can it entice a participating carmaker to produce the minimum target of 200,000 units of one model within six years (roughly 33,333 units a year) when the local motoring industry has just breached the 200,000-unit level (sold 234,747 units) last year?

Robust domestic demand would be very important to the Philippines for it to attain its dream of becoming one of the largest auto producers in Southeast Asia.

It is also interesting to note that in addition to its policies on tax reduction (culled from Thailand’s Board of Investment website), the Thai government offers nontax incentives to manufacturers of vehicles and vehicle parts, and for automotive research and development and testing.

These include land ownership rights for foreign investors, permission to bring in foreign experts and technicians, and work permit and visa facilitation for expats.

In contrast, power rates in the Philippines remain high, compared with those of its Southeast Asian counterparts.

With the Philippines’ annual vehicle production barely growing at around 80,000 (88,845 in 2014), which means more than 60 percent of the vehicles sold here are completely built-up imported models, the Aquino government decided it’s high time to ramp up domestic production by signing EO 182, or the CARS program, on May 29.

The CARS program will grant P4.5 billion in annual tax incentives for six years, or a total of P27 billion ($600 million) over a six-year period, to the three qualified participating carmakers.

“The CARS program is limited to the manufacture of three models that are either not currently manufactured in the Philippines or if it’s manufactured here, should be a full model change of the nameplate. Moreover, EO 182 is not specific whether the model should be a compact hatch, an SUV or a sedan. It could be any model that qualified participating car makers will enroll,” explained Rommel Gutierrez, president of the Chamber of Automotive Manufacturers Association of the Philippines Inc. (Campi).

The qualified participating carmaker should be able to produce at least 200,000 units of that approved model over a maximum period of six years, or an average of 33,333 vehicles a year.

Gutierrez added that the program is both a challenge and an opportunity for qualified participants. “The criteria for eligibility of fiscal support is geared toward improving the manufacturing capability of the auto industry. On the other hand, the the time-bound output or performance-based fiscal support is a sound policy to attract more investments in the manufacturing of vehicles and its parts and components,” he said.

This fiscal support shall be computed based on the segment weighted average price, standard production support, and logistics efficiency index, as defined by the executive order during the manufacture of the enrolled models.

Among the local players that would easily qualify, based on the requirements laid down by the CARS program, are the the country’s two market leaders: Toyota Motor Philippines (TMP) and Mitsubishi Motors Philippines Corp. (MMPC).

Moreover, TMP already assembles the Innova and Vios at its Sta. Rosa, Laguna, plant. Presently, 30 percent of the Innova’s parts is sourced from domestic suppliers, while the Vios remains the country’s best-selling subcompact sedan with 25,837 sold last year.

Last year, TMP was able to roll out around 41,600 units of the two vehicle models.

The same could be said about MMPC. After moving to its new Sta. Rosa plant in January, the company is set on increasing the production of its L300 van and Adventure utility vehicle to 18,000 units (from 16,000 units in 2014).

Interestingly, this manufacturing plant in Laguna, which was acquired from Ford Philippines, has the capacity to produce 50,000 units a year.

MMPC president and CEO Yoshiaki Kato praised the signing of EO 182: “With the CARS program, MMPC is looking forward to further contributing to the Philippine automobile industry and economy. As the Philippines is one of our core markets in the Asean region, we’re happy that the government has decided to make a strong ‘win-win’ declaration for everyone.”

However, both manufacturers did not add any more details about their future plans, explaining that they are still awaiting the implementing rules and regulations (IRR)  of the CARS program. The BOI, in coordination with the Department of Finance, the Department of Budget and Management and other concerned government agencies, is in charge of promulgating the said IRR.