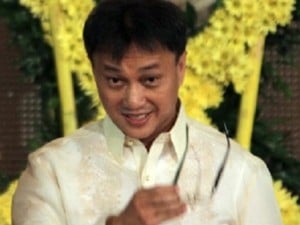 MMDA chair Francis Tolentino got a taste of the bitter traffic situation in Metro Manila when he missed a live television appearance Thursday morning after he was stuck on Edsa.

Tolentino was supposed to be a guest at ANC’s “Headstart” hosted by Karen Davila but was a no-show when the news talk show started at 8 a.m.

However, Davila still managed to interview by telephone the MMDA chair, who was still on Edsa, inching his way from Muntinlupa City to the ANC’s studios on Mother Ignacia Street, Barangay South Triangle, Quezon City.

At 8:43 a.m., Tolentino said he was “already” in front of Camp Aguinaldo, prompting Davila to say that he might still make it. He said he wanted to show Davila–and her audience–some charts that would explain the traffic situation in the metropolis.

Ten minutes later, at 8:53 a.m., the MMDA chair who surrendered the MMDA’s traffic management of Edsa to the police Highway Patrol Group (HPG) after failing to solve the daily gridlock, told Davila that he was already at the compound of ABS CBN.

At 8:55 a.m., Tolentino informed the host that he would be in the studio “in five minutes” or at 9 a.m., when Headstart was scheduled to end.

Davila told Tolentino that she hoped he could make it “next time” and went on to another issue before signing off.