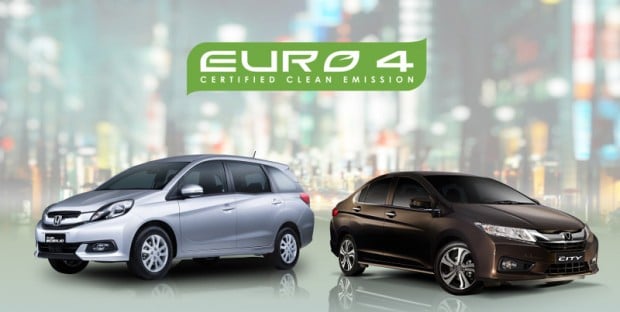 Honda Cars Philippines, Inc. (HCPI), the brand’s automobile business unit in the country recently reported that it sold a record 1,700 vehicles for the month of August. This represents a 48% increase in sales compared to the same month last year. As of date, Honda sold a total of 12,167 for 2015.  This year, Honda has been busy introducing and re-introducing new models like the re-introduction of the HR-V last June to the market and the introduction of the all-new Odyssey last March, followed by the Mobilio last April that helped boost the company’s sales performance, tapping new segments with the Mobilio and HR-V.

A cleaner and greener City 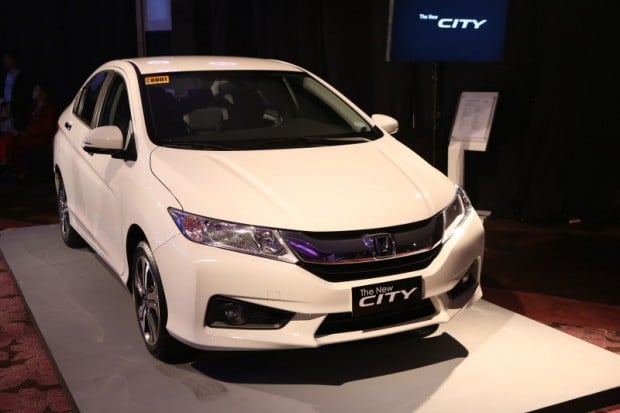 Its main sales contributor was the locally-produced City model, which accounts for 44 % of the company’s August sales. The City is the only locally made Honda vehicle, and it is the fourth generation City to be made in the Philippines. Equipped with 1.5-liter engines and a choice between manual or CVT automatic transmission, the new City also recently acquired its Euro 4 emission standard certification from Department of Environment and Natural Resources. This was the first vehicle in Honda’s line-up to be locally certified with Euro 4-level emission standards. The certification is pursuant to the DENR’s Administrative Order No. 2015-04, which mandates all new passenger and light vehicles, and heavy-duty motor vehicles made available in the market to comply with Euro 4 emission standards by January 2016 from the present Euro 2 emission standards. A Euro 4-compliant vehicle emits much lower harmful substances such as carbon monoxide, hydrocarbons and nitrogen oxide.

According to HCPI general manager Toshio Kuwahara – “It has always been one of our thrusts to leave blue skies for our children. As part of our continuing mission to do so, we at Honda are one with the government’s endeavor to help protect and sustain our environment and do our part to ensure breathable clean air. We would like to assure our customers that Honda takes proactive actions to help contribute in reducing the destruction of our ozone layer and the effect of global warming.”  Kuwahara further explained that by January 2016, all Honda vehicles, from the smallest Brio to the Odyssey minivan, will be officially certified as Euro 4 compliant. 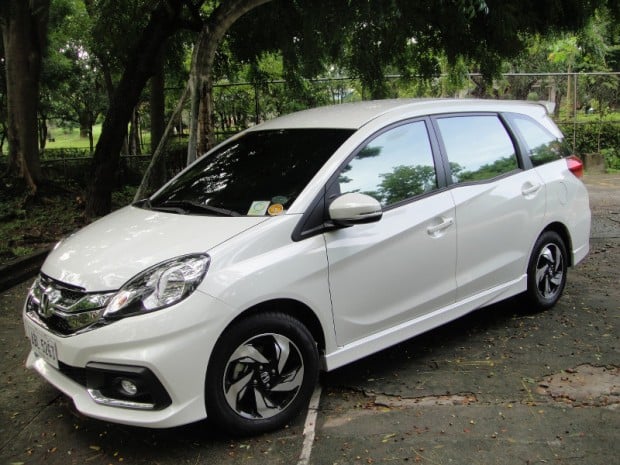 At under the one million peso price tag, the new Mobilio contributed a hefty 22% to its August sales. The Mobilio registered 830 new reservations last month, not bad for Honda’s first seven-seater Multi-purpose Utility Vehicle (MUV). This model opened up a new segment for Honda to offer an affordable family vehicle. Honda’s engineers wanted to come up with an MUV that differentiates Honda from the rest of the MUV pack, and came up with a sporty and highly competitive package that seems to be gaining traction in this market. The all-New Mobilio design was based on the “Progressive Private Jetliner” concept which offers modern and young styling, advanced technology, superbly spacious cabin, flexible seats and comfortable sedan-like ride that feels like sitting in a private jet.

To see the full line up of Honda vehicles, check out any of its dealerships nationwide or drop by Honda’s display event from September 25 to 27 at the Alabang Town Center activity center. Customers will have the opportunity to avail of cash discounts and other special offers that will be exclusively available only during the event. To learn more about the Honda vehicles being offered and to be up to date on any other Honda events, please visit www.hondaphil.com