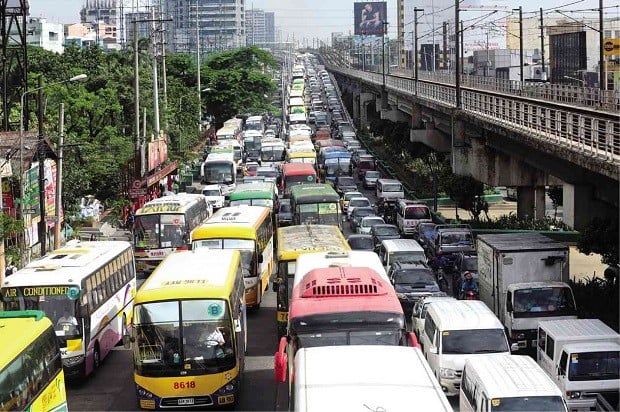 The Metropolitan Manila Development Authority (MMDA) and the Philippine National Police-Highway Patrol Group (PNP-HPG) said they were studying the move upon the suggestion of Bataan Rep. Enrique Garcia Jr.

HPG director Chief Supt. Arnold Gunnacao said it was “high time to use such type of two-level buses that could accommodate and ferry more passengers to their destinations compared with regular buses.”

In Metro Manila, double-decker buses are employed by SM Mall of Asia to shuttle customers to their destinations within the MOA complex in Pasay City.

MMDA and HPG said Garcia’s proposal would “eventually get rid of dilapidated buses plying along the stretch of Edsa as bus companies would be required to deploy double-decker units instead.”

“Of the 4,936 franchised buses in Metro Manila, 3,421 are currently plying along Edsa. If double-deck buses are used, we not only lessen pollution but provide more road space as well without lessening seating space capacity,” he said. Nestor Corrales/RC