Euro 4 standard for new vehicles and fuel begins this year 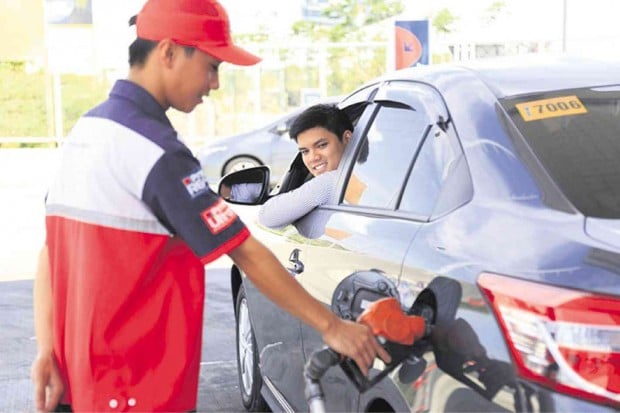 THE YEAR 2016 may be the year when we start breathing a little easier. Not because of the economy or the elections, but because the Philippines is finally shifting to the Euro 4 emissions standard.

The standard sets a stricter limit on the amount of particulate matter, carbon monoxide, nitrogen oxides and hydrocarbons that vehicles can emit.

Diesel vehicles that meet the Euro 4 standard should emit 68 percent less particulate matter, 57 percent less nitrogen oxides, and 50 percent less carbon monoxide than the Euro 2 standard that was supposedly in place in the Philippines since 2008.

All oil companies are mandated to sell fuels that follow the Euro 4 standard starting in January 2016. Indeed, market leader Petron Corp. announced that its gasoline and diesel products all met the Euro 4 standard in October 2015. Shell likewise confirmed that it was Euro 4-ready in December.

Petron’s Euro 4 fuels are made in the Philippines. The company upgraded its Bataan Refinery with a $2-billion investment to comply with the more stringent standards.

Petron says the new plant is now among the most advanced refineries in Asia-Pacific in terms of processing and energy efficiency, operational availability and complexity.

Shell likewise upgraded its refinery in Batangas in December.

Smaller players such as Seaoil, Unioil, Eastern Petroleum, Phoenix Petroleum and PTT Philippines said they are importing fuels that comply with the new standard.

The Department of Environment and Natural Resources (DENR) mandates that diesel and gasoline should have lower sulfur levels of 50 parts per million, from the 500 ppm under the previous Euro 2 standard. Benzene content of gasoline will be reduced from 5 percent to 1 percent.

The Euro 4 standard was originally scheduled to be in place in the Philippines in 2010, but was pushed back to 2012, and then further to this year.

Euro 4 was the standard in the European Union from January 2005 to January 2009. Other countries are already at the far stricter Euro 6 standard.

Diesel cars, for example, should have an 80-percent reduction in particulate matter emissions versus Euro 4.

New vehicles being introduced this year, such as the Fortuner and Montero Sport, should all meet the new Euro 4 standard. To do so, they of course require Euro 4 fuel, the availability of which should not an issue.

The problem lies with the millions of vehicles that are already on the road, many of which don’t meet Euro 4, Euro 2, or perhaps any emissions standards. Implementation of the Clean Air Act will therefore be ineffective.

Cleaner fuel will certainly help, but the hapless Land Transportation Office and the DENR should address the issue of these polluting vehicles before Metro Manila’s air becomes as choked as that on the streets of Delhi and Beijing. Extreme measures such as car bans and odd-even schemes may become the norm if we don’t act.