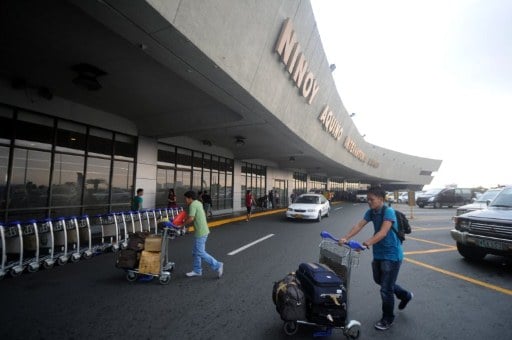 David de Castro, a spokesperson for the Manila International Airport Authority (MIAA), said that airport officials and Grab would sign a memorandum of agreement on Mar. 10 with operations targeted to begin on Mar. 14.

The development marks the opening of the Naia terminals to popular ridesharing platforms which allow passengers to book rides in taxi cabs and private cars using their smartphones.

The Philippines was the first country in the world to release regulations covering ride-sharing, legitimizing the business amid protests by traditional taxi operators. These rules, however, left it to MIAA to decide whether or not to allow ridesharing operations at the four Naia terminals.

“MIAA wanted to keep track of the vehicles picking up passengers, as well as the identity of the drivers,” Land Transportation Franchising and Regulatory Board chair Winston Ginez said in an interview on Monday.

He added that there were also discussions with Grab’s rival, Uber “but the talks between Grab and MIAA were more advanced.”

Grab has been aggressively expanding in the country, either through new areas or product lines.

It recently started operations in Cagayan de Oro, its seventh location in the Philippines, in addition to Metro Manila, Baguio, Bacolod, Cebu, Davao and Iloilo.

Not all its services, however, pass regulatory scrutiny. The LTFRB last January ordered the company to halt its GrabBike service, saying it was unsafe for passengers to book motorcycle rides until regulations were passed.

Apart from car and bike bookings, Grab offers last mile delivery via GrabExpress and GrabHitch, a carpooling service not yet available in the Philippines.

It recently launched GrabJeep, a free service where passengers can ride in air-conditioned and Wi-Fi enabled jeepneys that currently operate on Edsa. –Miguel R. Camus