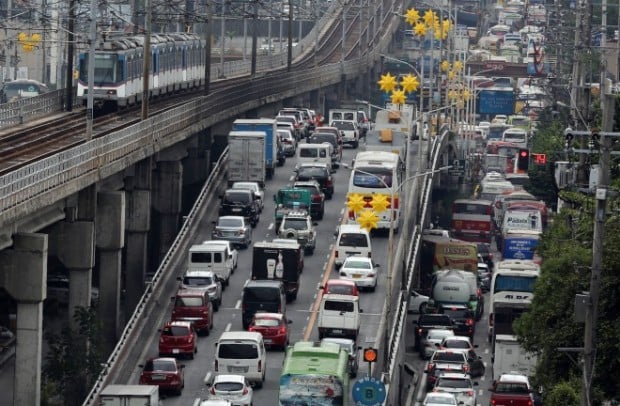 Speaker Feliciano Belmonte Jr. on Tuesday said he supported the granting of emergency powers to President-elect Rodrigo Duterte to solve what has evolved into a traffic crisis in Metro Manila.

In an interview at the sidelines of the inauguration of the new congressional library and archives, however, Belmonte cautioned about the blanket definition of the emergency powers expected to last for two years.

Incoming Transportation Secretary Art Tugade said the President-elect was looking at the use of emergency powers for two years to end traffic woes through immediate solutions like opening up the roads of private subdivisions to commuters and stalling the public bidding of road projects in favor of direct contracting to speed up construction.

Duterte’s economic managers wanted to put an end to traffic congestion that costs a whopping P2.4 billion per day due to lost productivity, according to estimates by the Japan International Cooperation Agency in 2013.

Under procurement rules, government projects should be subjected to a public bidding to ensure that government gets the most affordable and quality transaction. But the alternative—direct contracting—is allowed as long as it is justified.

The Ombudsman usually charges officials with graft for causing undue injury to government in cases of unjustified direct contracting without the benefit of public bidding.

Belmonte said he had no problem with foregoing public bidding and going into direct contracting as long as the process is transparent.

“I think Metro Manilans are very aware of what’s going on. Perhaps we can dispense with some of the bidding process here as long as it’s made in public, with everybody knowing what’s going on, hindi ‘yung behind things,” Belmonte said.

“Medyo kumplikado yung doing away with public bidding. We have to be very specific, what is it na wina-waive ‘yung pag-bid in two years,” Belmonte said.

Belmonte also said he was in favor of opening up the roads of private subdivisions to ease traffic in the main arteries.

He said the government should invest on the repair of these private roads in case these would be opened to the commuting public.

“If that’s not possible, at least major roads within the subdivision, those that would definitely not intrude too much on the privacy of people, but would give a big advantage because it connects to major roads for instance, I’m definitely for that,” he added.

Tugade had said that the national government, using emergency powers, may supersede local ordinances that prohibit measures to ease traffic, and prevent injunctions on road projects which were stalled due to legal issues of right of way.

The national government may also remove ambulant vendors and public utility vehicles that obstruct national highways, and may implement a strict no-parking policy along major roads.

According to Belmonte, it’s high time the President is granted emergency powers to instill a sense of discipline among the commuters and riding public.

He said the country may copy the policy of San Francisco City on requiring cars to have three to four passengers to cross the San Francisco Bridge, among other simple but logical solutions to ease traffic.

“Traffic congestion is a real problem and it has many process. First of all, we’re a little bit undisciplined. Nobody sticks to his line … May mga very easy and logical steps that can be taken,” Belmonte said.

The grant of emergency powers is mandated under the 1987 Constitution, under which Article XII, Section 17 states that the national government in times of national emergency may “temporarily take over or direct the operation of any privately owned public utility or business affected with public interest.”

Congress under the Charter is tasked to approve the grant of emergency powers to the President in the form of a resolution by voting two thirds in a joint session.

Article VI, Section 23 (2) of the Constitution states that “[i]n times of war or other national emergency, the Congress may, by law, authorize the President, for a limited period and subject to such restrictions as it may prescribe, to exercise powers necessary and proper to carry out a declared national policy.”

Duterte’s pick for Speaker in the 17th Congress, Davao del Norte Rep. Panteleon “Bebot” Alvarez, has said he will support the granting of emergency powers to the next president to put a stop on legal issues stalling road projects like temporary injunctions.