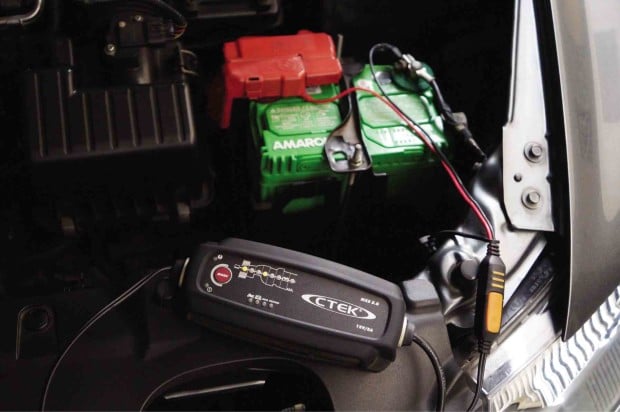 CTEK, perhaps the best known consumer battery charger, offers itself up as a solution to those with cars that get rarely used and tend to flatten out the batteries.

Designed and engineered in Sweden, CTEK is also the No. 1 car battery charger for OEM application.

You see CTEK chargers used and sold as OEM accessories in dealerships such as Audi, BMW, Bentley, Porsche, Ferrari, Jaguar-Land Rover, Lamborghini, Volkswagen and more worldwide. If it is good enough to meet OEM standards, it’s definitely good enough for you and me, the average consumer.

Whenever you start your car, you need to keep it running for a minimum of 15 minutes to recoup the energy it consumed to start your vehicle. If you immediately turn on your A/C, headlights or any other electrical accessory, you need more time to keep the engine running for the alternator to charge your car battery back to a decent level.

You can leave the CTEK charger plugged in indefinitely (many people leave them on for months at a time).

Once every few days, it will send a pulse to determine your battery’s condition, and if it detects that it is dropping from 100 percent, it will slowly trickle-charge your battery again until it reaches 100-percent capacity.

CTEK, aside from being a smart charger, is completely idiot-proof: It is internally fused so power surges from the main electrical outlet will not damage your car’s battery. 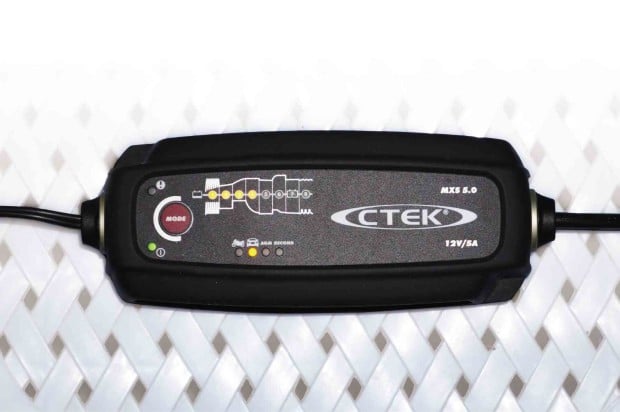 It is also protected from reverse-polarity: The system will simply not activate if you install it wrongly on your car.

It isn’t waterproof, simply water-resistant, so you can leave it in your garage so long as there is no direct exposure to the elements.

Though it is not advised, you can leave the CTEK installed and charging while the car is running without damaging your vehicle’s electronics or the CTEK charger itself.

And as a convenience, you can use an extension cord with a CTEK charger, something a lot of consumer battery chargers do not recommend.

Your electricity cost for charging depends on the battery size. My Toyota Supra has a DIN88-sized 105-amp battery. It’s the biggest and most powerful commercially available, similar to what is used in a lot of super luxury sedans like a Mercedes-Benz S-Class, Porsche Panamera, Bentley Continental or BMW 7-Series.

It takes no more than eight hours to charge my Supra, which is the longest time a CTEK charger will charge any commercially available consumer battery. 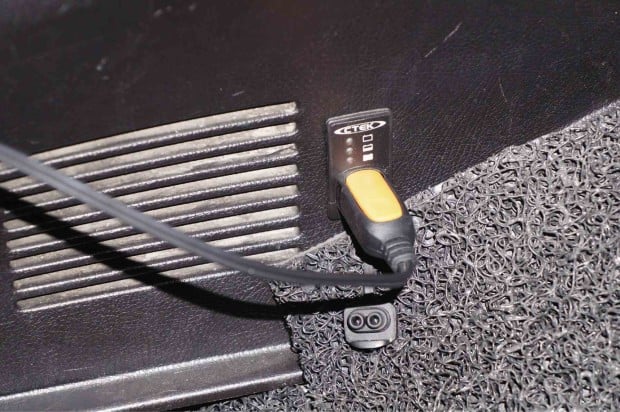 Our cost per kilowatt hour is roughly P7.4176 (residential rate), so multiply that by eight hours and it costs under P60 per full charge.

On my wife’s Honda City, which uses a NS40-sized battery, charging is done in two hours or less; the charging cost is P15.

My Toyota FJ Cruiser uses a DIN66 battery, and charging time takes about four hours, which equates to just under P30 per charge.

Of course, aside from size, your car’s battery condition will dictate the length of charging time. But forget the cost, and focus on the hassle it will save you.

I only replaced it because I saw a great price offer on batteries. When I traded in my wife’s old car battery, the battery shop was surprised at the condition.

With my lifestyle, there are weeks when I barely get to use my cars because I have test units or because I am traveling abroad for work, so it really ensures that when I have to or find time to use them, my cars will always start on a dime.

I’ve even used CTEK on test units that have poor electrical performance due to old, dying batteries, and gained back a lot of improvements in the performance of these test units. 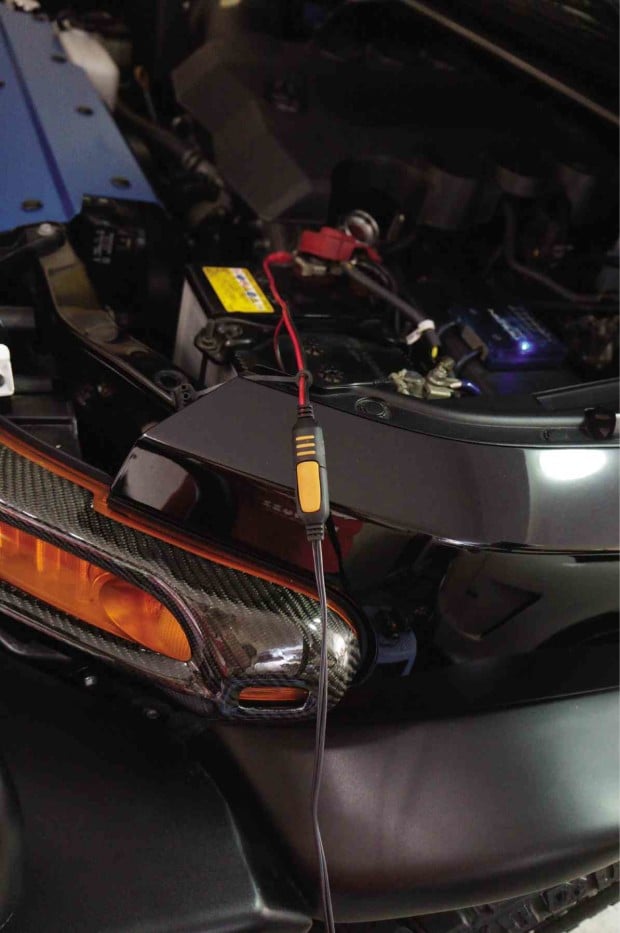 CTEK’s chargers also have various other uses: There is a CTEK model that can test your vehicle’s charging ability, electrical ability and alternator health. And some CTEK models can help revive (to a certain extent) dead, very old and very tired batteries to give them a new (albeit, shorter) lease in life.

There are also a number of charging connector accessories to make life easier, some with battery life indicators to make things easier.

If you have multiple cars in your garage and rotate through them in a month, or if you have an old classic/toy/project/race car you rarely use except for those perfect moments (far and few in between, given our traffic), if you travel a lot and don’t get to use your car, or if you just want to spare yourself (and your loved ones who might not be very car proficient) the hassle of being stranded, CTEK is your car’s best friend at home.

You can find it at all Blade outlets nationwide, at Wheel Gallery in San Juan and their newly opened BGC showroom, and also at DTM Motorsports in BGC. I liked it so much I ended up buying two. TVJ