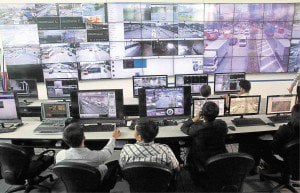 MANILA — After launching a website that enables motorists to check if their cars were tagged under the no-contact apprehension policy scheme, the Metropolitan Manila Development Authority (MMDA) will launch another portal to check if a person’s drivers license has pending violations with the agency.

“We will launch the www.mmdaelicense.com where motorists can input their license number to view if they have committed violations recorded by the MMDA,” Rubia explained.

The information included here are the specific details of the violation like the time and place where it was committed and the corresponding fine.

She added that payment of fines for violations would also be reflected in the database. The website will also contain information on the no-contact apprehension policy of the agency, according to Rubia.

“We will also include a copy of the summon there,” the planning officer said.

Rubia said that the aim of the agency in launching the portal was to lessen the number of inquiries the MMDA receives on a daily basis and also save motorists from the hassle of calling the agency and inquiring about their violations.

The MMDA also said all the list of past and recent violations will be included in the website. “A motorist can see if there are still unpaid violations under his or her name,” Rubia said.

She, however, clarified that the violations to be listed by the website would only be those tagged by the MMDA and would not include those under the local government units.

“We are working on putting all these violations together [in one website],” Rubia said.

A motorist would simply need to input his or her plate number and the website will show if the vehicle has been caught on camera violating traffic rules.  –Maricar Brizuela, SFM