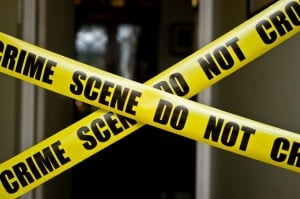 The National Bureau of Investigation  has arrested five persons who allegedly worked for a prostitution ring that operated from a condominium on Roxas Boulevard, Pasay City.

The NBI said it found four vehicles—all with license plate number “8,” which is issued to congressmen—allegedly owned by the sex den operators who were not present when government agents raided the condo unit Wednesday night.

The vehicles include a Jaguar, a Ford Expedition, a Hyundai Starex and a Toyota Avanza. They belonged to the bosses of the five arrested persons who served as “handlers” or agents for the sex workers, a bureau official said.

As the manhunt continues for the operators, the NBI withheld their identities and other details. NBI senior investigator Anna Labao, who presented the five suspects to the media on Thursday, deferred comment when asked if indeed the sex den was run by a congressman.

Of the four vehicles, however, only the Toyota Avanza was seized by the NBI after one of the arrested suspects admitted that he drove it to bring the sex workers to their clients.

The raid also resulted in the rescue of 11 trafficked women—nine of them minors—who were said to have been peddled to foreigners for P15,000 to P25,000 each.

Labao said the rescued women came from different provinces and were lured into coming to Metro Manila with jobs in “modelling.” But they were instead offered as sex workers to foreigners who are in the country to play in casinos.

Girls who had undergone cosmetic surgery or enhancement fetched higher prices, said Labao. The women’s parents were unaware that they had ended up in prostitution as they were not allowed to use cell phones and roam around freely.

NBI spokesperson Ferdinand Lavin said the women were promised a 60-percent cut in their earnings but were eventually not paid. –Aie Balagtas See