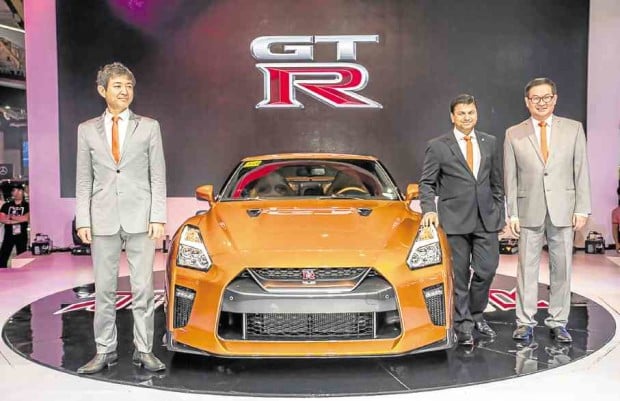 WE had the pleasure of spending some very casual time over dinner and drinks with Hiroshi Tamura, the chief product specialist and brains behind the Nissan R35 GTR.

Tamura-san is a car guy. He loves talking about the GTR, loves to discuss the nitty gritty details of  his baby, and even to a certain extent, loves to confuse people a bit about his plans for the GTR future.

He’s very formal at official events, but surprisingly candid and open about his plans and himself in less formal official engagements.

I spent the most amount of time talking to him, asking him questions about the GTR (you’ll read that in a future feature), and of course, the man himself, what makes him tick and what pushes him to continually evolve and improve what many critics say is an old platform long overdue for replacement.

So, here are eight things you didn’t know about Hiroshi Tamura-san, who is also the chief product specialist for Nismo, Nissan’s motorsports and high-performance division under the same designation.

He has modified it to “only” 600 hp because he feels that going beyond would upset the R32 Skyline GTR’s balance.

And yet the car looks like a decently kept car that’s almost 30 years old, nothing wild or crazy.

Tamura-san loves his cars looking like sleepers. Yes, he used that specific word: sleeper. He has kept it all these years because he says driving the R32 Skyline made him see “the dream” of owning and driving an affordable, high-performance Japanese sportscar. He’s also probably a Wanggan Racer himself.

Tamura-san is no stranger to tuners like Michizo Niikura of Mine’s, who shares the same philosophy of overall absolute balance in tuning a car; Shinichi Kobayashi of MCR, another famous Skyline GTR tuner; Daijiro Inada, the father of drifting in Japan; Eiji “Tarzan” Yamada, one of the most famous guns-for-hire time attack drivers in the world; and drift king Keiichi Tsuchiya, who raced the Skyline R32 GTR in Group A Racing in Japan prior to the forming of the JGTC (now Super GT).

Tamura-san drives all their cars to see how it affects the overall balance of the very car he conceptualized, designed, engineered and created.

Recently, he got to try out an AMS Alpha 18 R35 GTR (1800 horsepower), and the experience left him quite impressed with the power levels Americans have eked out of the mighty VR38 engine.

Browsing through Tamura’s pictures in his iPad, Tamura has owned a first generation AW10/11 Toyota MR2, a FC3S Mazda RX-7 (and he’s also friends with legendary Japanese rotary engine tuner Isamu Amemiya, the man behind RE Amemiya), and a Nissan S30 Z G-nose. 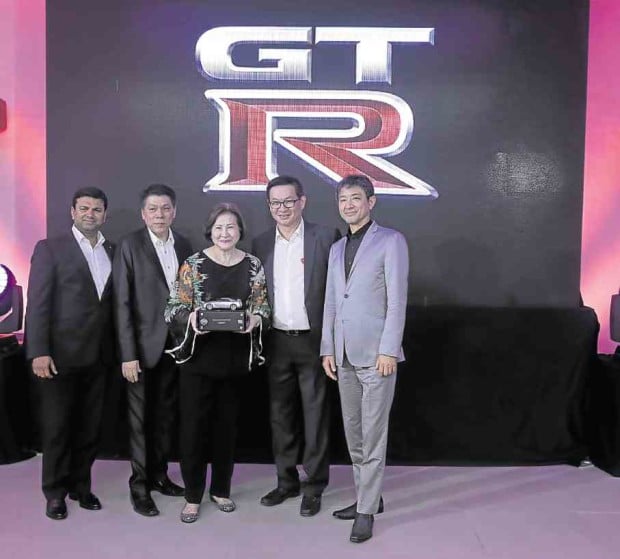 Tamura is very coy about other cars he has owned in the past. He doesn’t own an R35 GTR, but he drives one almost everyday as a continuing evolutionary process of finding ways to improve, evolve, and simply exceed the current specifications and standards of the R35 GTR.

To which Tamura-san said: “that’s a very dangerous idea to someone like me! Competitors will be able to try out my cars without even going out of their homes or office.”

While Tamura-san said it in jest, there was truth to this. Years later and six generations of the game, Gran Turismo is one of Sony’s most popular gaming franchises for the Playstation platform.

Tamura-san is a regular at major carshows like the Tokyo Auto Salon, SEMA in Las Vegas, Nismo Festival, and the R’s Meeting in Fuji (an international car meet of GTR owners from around the world).

He tries to make himself available during official Nissan and Nismo events dealing with the GTR all over the world.

He’s been involved with the GTR program since the Skyline R34, or san-yon as Skyline and GTR guys call it (3-4 in Japanese).

Tamura-san was in his late 20s when he first drove the R32 GTR, but was already in his 40s when the R34, and later R35, GTR projects came into view.

Thus, he developed the M-Spec (Mature spec, an R34 GTR for older drivers), the V-Spec (Victory spec, which had added performance parts), and the Nur-Spec (Nurburgring Spec, for GTRs that were V-Specs with more performance accoutrements thrown in).

With the R35, Tamura-san is trying to do something similar: make the R35 appeal to a broader, more mature market with improved NVH isolation, smoother, more refined and comfortable ride through long distances, and higher-quality interior furnishings. All without removing anything from the GTR’s performance ethos. 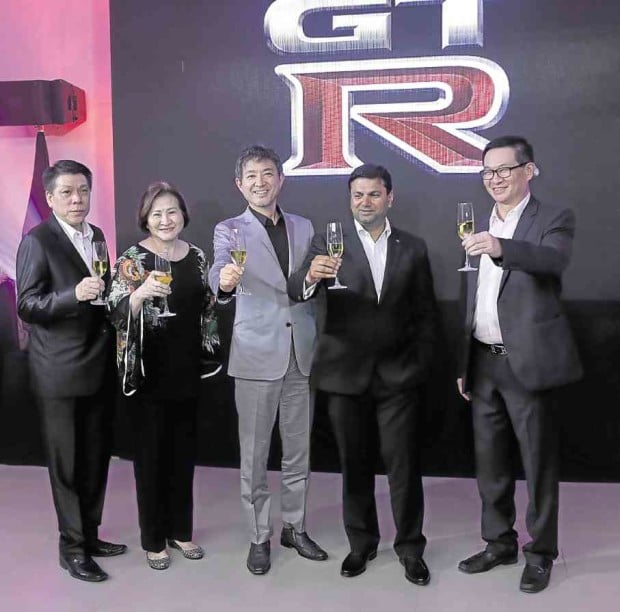 And that is the challenge: making the GTR better without compromising its performance and/or comfort while still challenging the European aristocrats.

But now that he’s come on board as the company’s chief product specialist, his new job is to find and develop more cars from the Nissan line-up into full Nismo complete cars.

While Nismo may have started out in motorsports, today the company seeks to provide the highest driving quality possible, be it on road or track and everywhere in between.

The end goal is to inject excitement into the whole Nissan model range.

The GTR excitement is a drop in the bucket, says Tamura-san. The rest of the Nissan model-line-up should be exciting in their own way, too. Nismo is the avenue to do this.

The question everyone loves to ask him is when the successor to the R35 GTR will come out. His answer? Not anytime soon.

Digging deeper, he says that the concept for the next GTR successor is still in his head: it hasn’t been fully concretized enough to put into reality, which is good news to GTR owners and buyers of the MY2017 R35 GTR.

The current GTR will be around for quite a while. As mentioned earlier, Tamura-san is a Skyline GTR owner himself, is very active in GTR tuning and club circles in Japan and the world over, is a regular at car shows worldwide, and has been involved with the GTR product line since the R34 GTR model.

He knows the car, he knows the market for GTRs, the people around it, and the lifestyle surrounding GTR ownership. That’s because he helped create it and continues to influence it until today.