Not bad for a centenarian outdoorsman This Colorado ’s pushing and pulling power does not disappoint.

If it were a human, 105-year-old Chevrolet would have been heaped with “oohs” and “ahhs” from an admiring audience, especially for its handsome flagship 4×4 Colorado pickup.

With the signature gold bowtie emblem emblazoned on the front grille, the Colorado is your no-nonsense offroader that declares itself to be “tough outside and refined inside.” And it sure doesn’t look its age.

By that five-word slogan, Chevrolet means its pickup truck is underpinned by a range of key engineering touches co-developed by an experienced team of General Motors engineers from Brazil, Thailand and Australia, to deliver car-like refinement.

Plus, the major changes to the new Colorado’s suspension deliver improved body control and ride isolation to cope with a variety of challenging terrain.

Yup, the old man has surely learned some new tricks, and is keeping up with the young upstarts.

I’m no stranger to the old reliable Colorado brand. In 2014, I drove one for all of 900 kilometers, from Manila to Kalinga Province and back, carrying loads of goodies and school supplies for kids during an outreach project.

The pickup’s pushing and pulling power certainly did not disappoint, and the spacious cabin kept all my passengers from complaining about the lack of paved roads in the province.

Just this July, I was again given the keys to a Colorado 4×2 LT variant, and I was glad all my first impressions about the pickup two years ago were still applicable.

The Colorado could be, and should be, among the top contenders in its category, for the simple reason alone that the underrated Colorado boasts best-in-class power and torque.

After spending some time behind the wheel of the new 2017 Colorado 4×4 LTZ (powered by the 2.8-liter Duramax diesel engine mated to a 6-speed automatic transmission), I’ve added more favorable impressions, such as:

The 2017 Mountain Blue Colorado gets straight down to business with its 4WD system with the transfer case control knob placed strategically below the gearshifter.

These safety driving systems make their presence known and keep you on your toes. 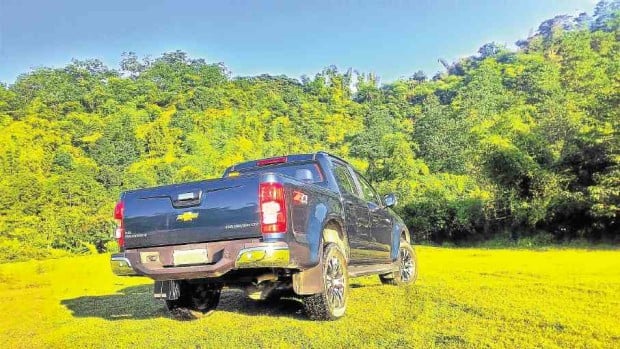 The Lane Departure Warning emits a couple of audible “beeps,” while the Rear Park Assist, aside from allowing you to see what’s behind you via a rear-facing camera, emits a rather shrill, annoying proximity warning tone.

5. Despite the upgraded tech, using the instruments while driving isn’t all that difficult, nor distracting. In a glance, I knew where to look, and what to adjust, for a particular need. 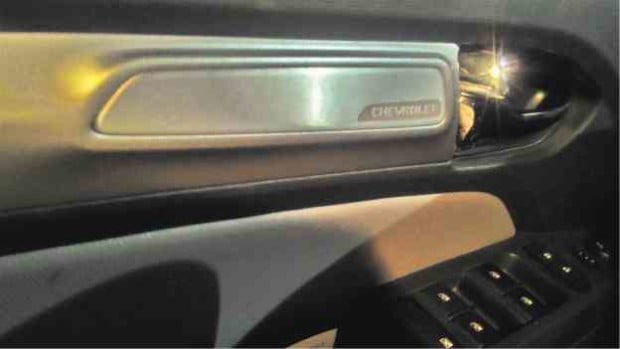 The acceleration is expectedly satisfying, and the braking confident.

7. The Colorado does achieve that car-like suspension. There’s no “truck shock” at all when I wheel over village bumps or potholes.

According to Chevrolet, the improved suspension is a result of the improved damper technology and hardware upgrades, and revised spring rates to provide more control. 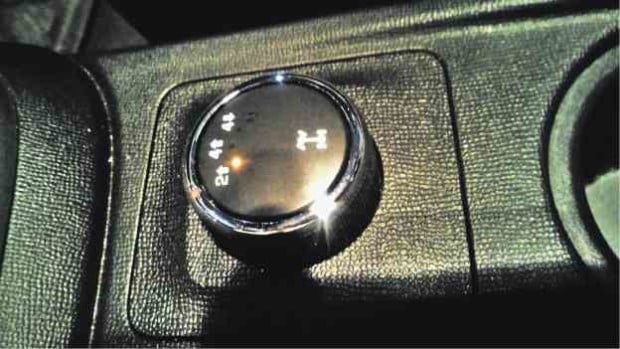 It has new mountings for the engine and transmission, while some body mounts have been changed from compression to shear mounts to provide a more composed ride with better isolation and control.

8. The remote engine start function proves to be useful during hot weather, as the engine can be started using the key fob, allowing the cabin to be cooled sufficiently by the air-conditioner before the driver actually gets into the vehicle.

10. The motorized driver’s seating adjustments favor Asian-sized drivers, and that’s a relief. This provides us petite lady drivers a great view up front. 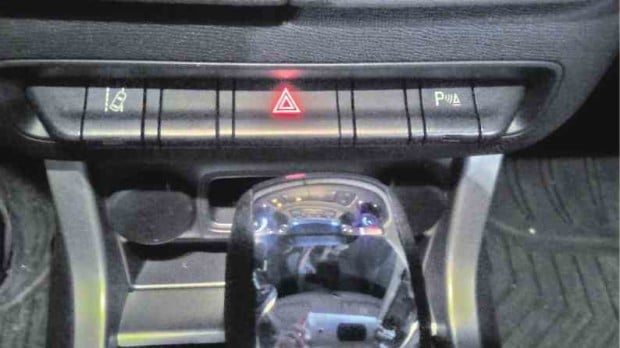 There are still some little letdowns, such as:

1. The Lane Departure Warning and Front and Rear Park Assist and proximity sensors do emit that irritating beeping sound. Good thing they can be turned off.

2. If you have a short, narrow garage, parking the long and wide Colorado will be an extra challenge.

3. There is no vanity mirror in the driver’s sun visor. Chevrolet must be aware that there are lady pickup drivers too, who may be vain enough to need those mirrors.

5. The resale value of a relatively new brand in the Philippines, such as the Chevy Colorado, is still untested. 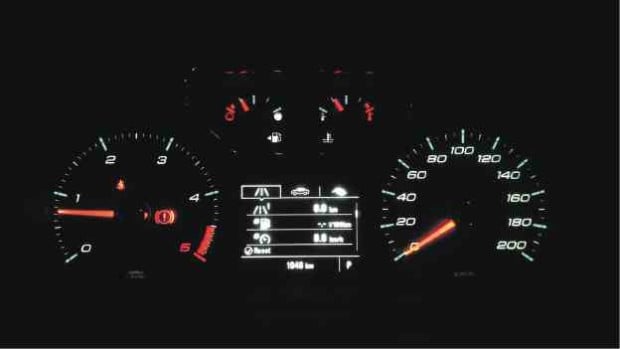 To be fair, the Chevrolet brand is tried and tested in Western markets. Such a reputation, however, doesn’t necessarily apply to Asian markets, since material sourcing and assembly in the region are different from their Western counterparts.

The power is unmistakable, the technologies it uses are sound, and the badge is reliable.

The special 5-year warranty coverage is truly tempting. Even the people behind the exclusive Philippine importer and distributor of Chevrolet, The Covenant Car Company Inc. (TCCCI), bet their bottom dollar you’ll get your money’s worth with the Colorado.

TCCI president and managing director lawyer Alberto B. Arcilla stresses that the Colorado’s “signature diesel engine not only underscores an industry leap in acceleration, straight-line performance, and offroad capabilities, it also balances its output with improved fuel efficiency.”

So, why the hesitation still? Probably because the competition is speaking louder while carrying an even bigger stick. And that’s awfully distracting.