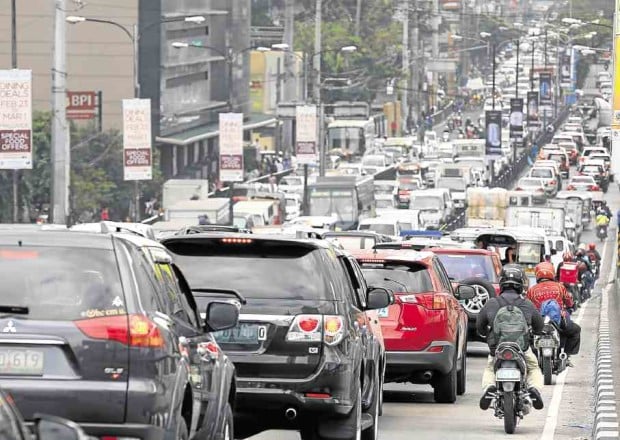 Many Filipinos are familiar with the term “Black Friday,” a shopping lingo referring to the day after Thanksgiving in the United States—usually the day after the fourth Thursday of November—when most major retailers open very early and offer promotional sales on highly desirable items.

On a “Black Friday,” as we have seen in many TV news broadcasts and YouTube clips, the unofficial first day of the holiday shopping season in the world’s most powerful economy is witness to a buying frenzy, with buyers sometimes literally beating each other to death to get hold of an item with a once-in-a-year deal.

The one-and-only motivation in a “Black Friday” sale is, of course, the discounted prices of items.

Here in the Philippines, the automotive industry, basking in an era of a supposed “golden age of motorization,” has been seen dangling the “price bait” on a motoring public that has displayed the tendency to part with its hard-earned money just to get behind the brand-spanking-new wheels.

Only a relative few “mature” buyers think things through and read through the manual, browse online information, ask the necessary questions of competing brands, and make thoroughly informed decisions.

This was the observation of lawyer Rommel Gutierrez, president of the Chamber of Automotive Manufacturers of the Philippines Inc. (Campi). Campi is the umbrella organization of 17 automotive manufacturers and authorized automobile distributors in the country.

“There may be a small portion (of the potential car-buying public) that is maturing, but the majority is still driven by price. Moreover, a big chunk of the market boom has been coming from first-time buyers, which is mainly price-driven,” he added.

Gutierrez is also the first vice president of Toyota Motor Philippines. Gutierrez offered research data to support this observation, but has not been able to produce such as of press time.

Another automotive executive, who refused to be named due to the sensitivity of his position, also shared the lawyer’s sentiment: “It’s still a price war after all. Buyers don’t mind quality, as long as they can afford it. Downpayment is the priority. Quality is secondary.”

He added that some banks are feeding this price-is-everything mentality. “Downpayments may be affordable, but as a consequence, a lot of payments are not sustained, and car ownership is short-lived. Look at the thriving pre-owned car business,” he stressed.

“It all boils down to our financial maturity. Many Filipinos who have the money rush to buy cars without thinking. It is understandable that banks are profit-driven. But with high interest rates, how can you make it sustainable?”

Glen Dasig, Peugeot Philippines president, offered a more positive outlook on the Philippine car market: “The automotive industry has been growing in double-digit rates for the past years. I believe we are seeing more and more customers becoming more inquisitive and smarter about their purchase. This is brought about by the increasing competition as well as the innovative programs being offered by the major players and the banks. We are also seeing more people becoming more sophisticated in their tastes and standards in terms of design, safety and technology in their search for value of their purchases.”

He added: “Customers come in with a deeper sense of understanding of vehicles. They have definitely done more research before even getting their foot in the showrooms. Customers’ reviews as well as media write-ups have become a default basis of research, rather than just relying on the communications material of the manufacturer. I see these as good signs of maturity of the Filipino car buyers.”

“Compared to the 1990s, when the Philippine car industry was just recovering, buyers of today have better access to information to guide them in making purchase decisions. Online information, good and bad, are available in just a few strokes of the keyboard. Even hard copies of international auto magazines now abound in local bookstores.”

Doria recalled: “In the ’90s, one made a purchase with information provided by the manufacturer, dealer and salesman. Articles in the broadsheets and car magazines were few and far between. In those days, horror stories about how a customer was induced to buying a car that he or she would later regret were normal.

“Nowadays, you have access to all information about the car you’re planning to take home, even critical reviews from unhappy customers in some other countries. You may even tell if that particular model is about to be replaced, phased out, or discontinued,” Doria added.

“Information empowers buyers. Whereas sellers used to manipulate the buyers, buyers now have complete control over the purchase process, including post purchase matters like insurance, financing and accessories.”

He added: “When I first introduced the idea of offering test drives to buyers and the media, the market leaders protested because test drives could expose the weaknesses of their products. But buyers embraced the idea, which has now become the norm in selling cars.

“The subsequent media challenge, while providing an exciting activity for the participants, was designed to enhance the driving skills of the motoring journalists. With better driving skills, motoring journalists were able to review a car beyond the claims of brochures and press releases. Eventually, the beneficiaries are the reading public, especially those intending to make purchases. I don’t know if this is a case of maturity, or if it’s because the market is better informed and more educated than before.”

As this author wrote previously about Filipino car buyers: “mi casa es su casa,” which translates in English as “my house is your house,” Filipino car owners certainly feel that way when they buy a brand new car from their friendly neighborhood dealership.

If you—as a buyer or a car dealer—see the glass half full than half empty, you’ll note that motorized vehicles, in all their varieties and price categories, are much easier to be purchased nowadays. There’s no stopping more Filipinos from buying more vehicles.

The average Filipino’s purchasing power has improved, and the local economy has gone the same direction. Overseas remittances have stayed healthy, with millions of Pinoys working abroad, boosting the local economy by sending in billions of their hard-earned money.