MMDA: Roads in gov’t lands next to open; barangay gates must go, too 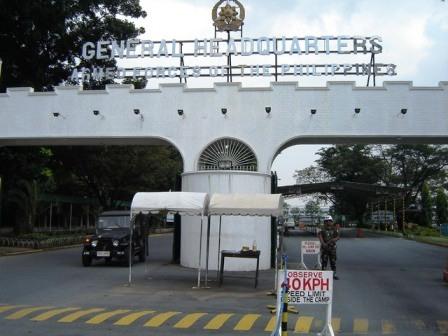 More public properties would be opened to general traffic in order to ease road congestion during the holiday season, according to Metropolitan Manila Development Authority (MMDA) general manager Thomas Orbos.

Aside from Camp Aguinaldo and the Naval Station in Fort Bonifacio, Orbos cited more areas in the capital that could serve as alternative routes for motorists.

These are the Office of Transport Security property in the airport area in Parañaque City, which is expected to be opened next week; a barangay road that connects Edsa to Jupiter Street in Makati City; an MMDA property along Roxas Boulevard; the University of the Philippines campus in Diliman, Quezon City; and properties belonging to the National Power Corp. and Philippine National Railways.

Orbos said the MMDA was also looking at reopening public roads that had been closed, like those where barangay officials had installed gates.

He said he understood that the gates were installed on these public roads as a security measure in these communities, but that there was no reason to keep them there now.

“But given our improved peace and order situation, having gates along these roads right now is not anymore necessary,” he said in a press briefing in Malacañang.

He said opening roads that run through private villages would be the “last step,” should the MMDA find it necessary.

The use of public properties as alternative routes is one of the measures the MMDA has undertaken to ease traffic congestion.

Another is the removal of “window hours” for vehicles covered by by the number coding scheme, which Orbos said had shortened travel time on Edsa by about 10 minutes, based on the agency’s tracking of vehicular movement on the country’s busiest highway.

“We started this about a month ago, and despite the influx or the expected traffic congestion nearing Christmas we have maintained the 10-minute up speed travel time. This is between Monumento and Roxas Boulevard,” he said.

The MMDA has also asked shopping malls not to hold sales on weekdays, requested the Department of Public Works and Highways to have a moratorium on road repairs up to Jan. 9 next year, and increased the number of traffic enforcers on Edsa.