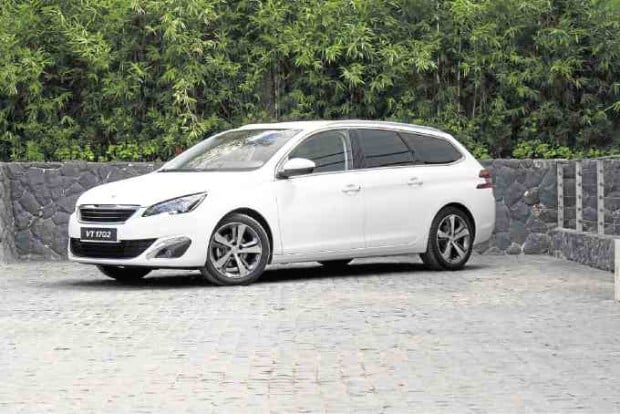 If the Philippines had been colonized by a progressive European nation longer, if we were a few hundred kilometers higher up the northern hemisphere, or if we weren’t plagued by incessant rains, station wagons and estates would be the norm instead of tall-riding SUVs and pickups.

Or perhaps it’s just me, with my exposure to a foreign motoring culture, foreign car magazines, and automotive car culture websites like Speedhunters, that I find myself drawn to station wagons.

I have always liked fast wagons. A few worth mentioning are the original sleeper station wagon, Audi’s infamous RS2, JDM specialities like the Mitsubishi Lancer Evo Wagon, modern day tarmac terrorists like the Audi RS4 and RS6, and more affordable performance options like the older Subaru Impreza WRX wagons and the current Levorg. Of course, Mazda’s 6 station wagon is sexy to say the least.

Porsche is rumored to be releasing a shooting-brake Panamera 4-door coupe in Geneva in a few months, but it’s all too upmarket, unaffordable for the average Juan like you and me.

It’s only the Subaru and Mazda that offer affordable, realistic options.

Now, Peugeot joins the fray with their 308 station wagon, and this tiny segment is all the better for it.

The 308 looks generically handsome, admittedly not as stylish as the Mazda 6, nor as edgy as the Levorg. But it looks pretty decent, has good proportions and hides its size well. Perfect for a sleeper car.

The LED headlights and tail lights give it a sense of modernity in what could otherwise be described as a timeless, if not very striking silhouette.

The 308 SW (station wagon) is based on Peugeot-Citroen Group’s PF2 platform which is utilized by a whole host of other cars currently in production.

The architecture is quite old, but infused with new technology to make it timelier in today’s market. 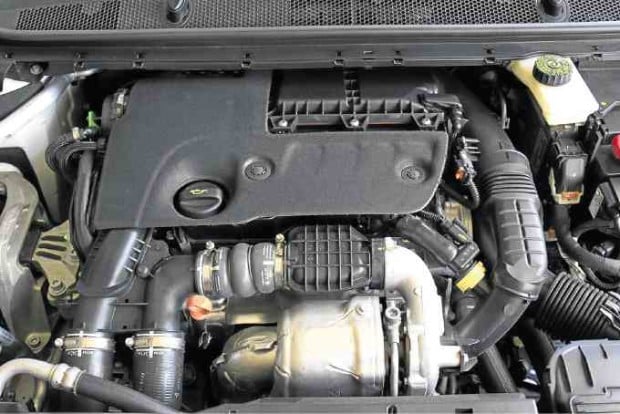 Horsepower remains modest at 120 hp, but torque is an eye-watering 300 Newton meters, barely able to be put down efficiently in Sport mode by the 17-inch wheels shod with Goodyear’s efficient ride rolling resistance tires measuring 225/45 R17.

There are ABS-EBD brakes plus traction/stability control and airbags for the front occupants to keep you safe.

Inside, the interior is well-designed. The dash architecture is simple and classy, and Peugeot’s i-Cockpit features prominently. It will be replaced soon by the Version 2.0 which utilizes a full LCD screen for the primary instrument cluster.

Until then, we get the Beta version. I say Beta, because on a trip to France last year, Peugeot engineers admitted the minor shortcomings of the current i-Cockpit: it’s difficult to place the steering wheel in a position where you can legibly see the instrument cluster.

Version 2 fixes that. i-Cockpit foibles aside, the seating position is great, the seats are very supportive especially on long stints behind the wheel, and the large LCD screen for the infotainment system is painless, intuitive and easy to use.

The second row seats are roomy, even with a 6-foot plus photographer and all his gear beside him.

The boot, with its standard tonneau cover is huge, besting many crossover SUVs in width and ease of loading.

There’s also a lot of cubbyholes inside the 308, but they are on the small side, barely fitting a wallet and a mobile phone.

There was a solitary cupholder, which sort of fails in being a family-oriented vehicle. Plus the cupholder barely fits a suppressed soda or coffee cup. 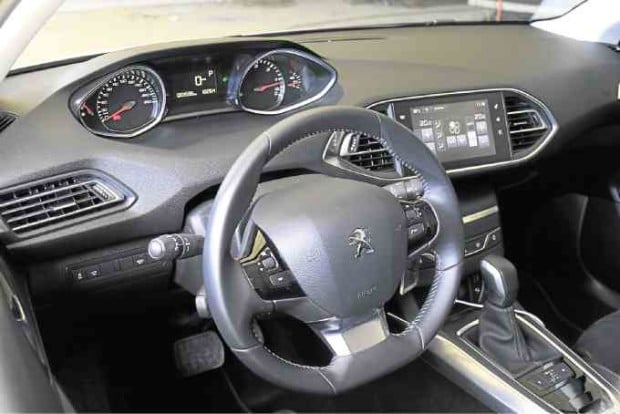 The dash architecture is simple and classy, and the i-Cockpit features prominently.

Perhaps the French (and the rest of Europe) don’t drink inside their cars as much as we Filipinos?

But on the road, the 308 is impressive. It has the firmness of the Mazda 6’s taut suspension, but with far more compliance especially on rough roads, something the Subaru Levorg lacks when the road gets bumpy and speeds climb up.

Chassis stiffness is also impressive, as I found myself going at around 50-60 km/h on a very poorly surfaced section on C5 with nary a complaint from the 308 SW.

On the highway, the Peugeot gives no hint of being a diesel, with impressive NVH isolation and refinement. You can easily drive 300 kilometers on a single go without thinking about it, feeling fresh once you arrive at your destination.

The brakes are very strong too, but the chassis could do with a little less squatting and nose-diving under hard acceleration and braking, respectively.

Through corners, the small steering wheel is accurate, but feels a bit lifeless. More weight and feedback would improve the driving experience immensely.

Engage Sport mode, and all hell breaks loose: the tires start scrambling for traction, the suspension reaches its limits of controlling the car, and the brakes feel sensitive to minute inputs.

Keep it straight, and you’ll land yourself in jail instantly as the Peugeot can easily hit over 200 km/h.

To categorize it, the 308 SW is truly a straight-line specialist, with passengers and cargo in tow.

It can hack through the twisty bits, but the firm rear, meant to be weighed down with cargo, matched with the soft front suspension, means things can get quite busy mid-corner.

Overall, the Peugeot is a fun and enjoyable all-around car. Long drives on the motorway are its best suit, with cargo and passengers to a scenic destination.

And fuel consumption is simply unheard off: I drove close to 400 kilometers, and got an impressive 18 km/liter combined.

Admittedly, the majority was on the highway, but with stints in bumper-to-bumper traffic, it’s still very good.

If you live far, or plan to keep the 308 SW for a long time, the fuel cost savings will leave you pretty smug.

Despite the steep SRP, along with the single cupholder barely able to contain one supersized cup, are about the only two demerits I can levy on the 308 SW.

Otherwise, it’s a great all-around comfortable and fast (not to mention very fuel efficient) car with oodles of space, versatility, and practicality.