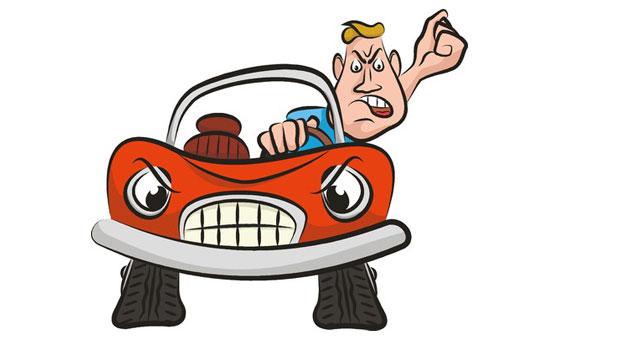 Of all the New Year’s resolutions you can make for 2017, one of the best ones is: I will not give in to road rage. Succumbing to road rage could lead to serious physical harm or even death.

Road rage was in the spotlight several times last year, thanks to high-profile cases, such as the murder in Quiapo by motorist Vhon Tanto of a cyclist, Mark Vincent Garalde, after a traffic altercation.

There was also the driver of the ’Crazy yellow Kia’ who preferred to mow down cars and motorcycles rather than surrender to the police after a minor parking violation.

Then there was the release of Rolito Go, a construction magnate who was convicted of shooting to death De La Salle University graduate Eldon Maguan in a road rage incident in 1991, after 20 years in prison.

You may think that such violence could never start with you, but the risk is higher than it seems.

One study in the journal Psychiatry notes that up to one-third of participants report being perpetrators of road rage.

The article defines road rage as driving behavior that potentially endanger others and are accompanied by intentional acts of aggression toward others, negative emotions while driving, and risk-taking.

Several factors can trigger road rage. Unfortunately, many of these are prevalent on Philippine roads.

Dr. Mary Caroline Azores-Cobankiat, head at the Section of Psychiatry at the Ospital ng Maynila Medical Center, says, “In our country, perhaps the most notable factors would be traffic density, busy roads, incompetent drivers, and distance driven in a day.”

Being insulted verbally or by the gestures of another driver are direct stressors that can lead to road rage, according to clinical pyschologist Dr. Queena Lee-Chua. Being cut off or being tailgated can have a similar effect.

There are also indirect stressors, according to Dr. Lee-Chua. “If you have a bad day at work, in school or at home, you may end up projecting [these feelings] onto the road. For example, you were censured by your boss but you cannot shout at him. So you take out your anger on the road.”

The high density and snail’s pace of urban traffic is a social stressor that could be the deadliest of them all.

“Horrendous traffic, perceived incompetence of traffic enforcers and other drivers are social stressors that could lead to road rage,” says Dr. Lee-Chua.

“Although there in no causal relationship, inconveniences brought about by traffic congestion may be considered an additional source of stress for any individual,” says Dr. Cobankiat.

“Daily exposure to a stressful situation such as a traffic jam can indeed add up to contribute to a person developing a psychiatric disorder later on in life. There have been studies conducted that show ’negative responses to daily stresses such as arguments with life partner, conflict at work, sitting in traffic can lead to psychological distress and mood disorders years later’.”

This negates the infamous assertion of one ex-transportation official that traffic is not fatal.

Then, there are inherent personality traits that make one more vulnerable to road rage. Dr. Lee-Chua cites being a Type A, impatient person as one factor.

Dr. Cobankiat says, “There are individuals whose personality traits and defense mechanisms show they have a tendency to displace anger and attribute blame to others.

But all is not lost. Traffic may be a daily reality (yes, even on Sundays), but it is up to you on how you deal with it.

“Actually, traffic depends on perception of individuals,” says Dr. Lee-Chua. “For the same situation, a patient person who is not in a hurry will not be unduly stressed out by traffic—and in fact may even find road time a welcome personal opportunity to be alone and listen to music, audio books, etc.

“But for most people, who need to go somewhere quickly, traffic can have negative effects—on the body (elevated stress levels, need to pee but stuck in traffic) and on the mind (aggression builds up, nerves fray, tempers snap).”

Drivers and commuters can combat the bad effects of traffic on one’s mental state by changing their routes and their attitude.

“One obvious way of reducing stress brought about by traffic congestion is to steer clear of it, if possible. For example, leave earlier than usual and spend the extra time exercising,” says Dr. Cobankiat.

“If this is not feasible, try performing relaxation exercises while in the car. There are several applications available now for download providing relaxation techniques that can help tone down anxiety and stress (Mindshift is one). Those that drive may do the exercises prior to leaving the house or prior to driving. Commuters on the other hand may listen to it while stuck in traffic.”

“Leave early for an important appointment so you don’t have to rush.  Have your favorite music or audio books (or radio station) ready so you have something to engage in when stuck in traffic,” suggests Dr. Lee-Chua.

“Someone I know who used to commute (on the bus, jeep) says that he actually looks forward to the commute, even if it takes more than an hour one-way.  He is very friendly, so in traffic, he starts chatting with a seatmate (if he thinks the person is amenable).  He has made a couple of friends (and hired a couple of employees for their business) in the process,” she added.

Do not be the aggressor. “Change should start from within. Try to manage one’s anger by empathizing with the other driver. Assume he or she is having a hard day or made an honest mistake,” urges Dr. Cobankiat.

Likewise, do not be the offender.  This means avoid tailgating, cutting off other people, initiating rude gestures on the road.

Next, do not take offense.  Do not retaliate; do not catch the other driver’s eye. Let the others go first. Ignore their behavior.

For me, the best way to drive well on the road is to—hard as it might sound—imagine yourself in the other driver’s position,” relates Dr. Lee-Chua.

“Don’t take things personally. Maybe he was in a hurry because there was an emergency.  Maybe he was just fired from his job so he is mad at the world, including you.”

As the widow of road rage shooting victim Garalde implored: let him be the last victim of road rage.