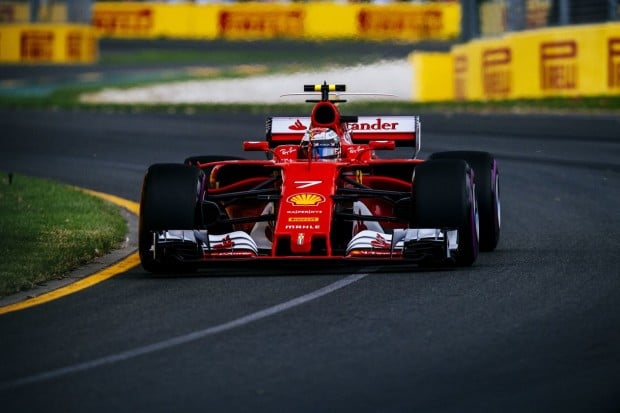 The season opener kicked off down under with the usual suspects taking center stage in both practice and in qualifying. Ferrari had the pace to fight it out with Mercedes, and come Saturday qualifying, it was Lewis Hamilton who took pole with Sebastian Vettel slotting in second, with Valtteri Bottas and Kimi Raikkonen in third and fourth, respectively. Max Verstappen took fifth with returning driver Felipe Massa in sixth. Hometown hero Daniel Ricciardo failed miserably during Q3. The Red Bull lost its back end and skidded onto the gravel trap, banging rear first into the tire wall. Ricciardo failed to set a time and will start the race down in 10th. But when the team decided to change his gearbox, Daniel incurred another five-place drop on the grid. Despite of this Red Bull and Ricciardo fans were still hoping for a decent finish from the Aussie.

As the team fielded their cars onto the grid, the RB13 of Ricciardo ground to a halt midway up the circuit. An electric sensor was said to be the culprit of the breakdown. The team hurriedly tried to get the car back into the garage and possibly fix it in time to allow Daniel to start the race from pit lane. This was the beginging of a series of unfortunate events for the Australian. While the car was able to rejoin the race, albeit a few laps down, it didn’t take long from the gremlins of the RB13 to rear its ugly head and rob Ricciardo the chance to finish the race.

Meanwhile, the race went off smoothly for the rest of the field. It was Lewis Hamilton taking the lead from Vettel, Bottas, and Raikkonen. Mercedes had the speed to fend off any attack from the Ferrari of Vettel, but, Lewis just wasn’t able to manage his tires, and in the course of trying to keep a healthy gap between him and Seb, the Merc ate up its Pirelli’s and Hamilton began to loose grip around lap 5, thus prompting an early pit stop on lap 17. This gave Vettel free air and the Ferrari went on to punch in fast lap times one after the other until he finally had to come in for a new set on lap 24.

That was the tipping point in the Mercedes vs Ferrari battle. Lewis lost the race by having to battle Max for position thus, giving Sebastian a clear run to the flag. Vettel crossed the line with a 9 second gap ahead of the chasing Mercedes of Hamilton, with Bottas taking 3rd. Kimi was a non-factor in this race and crossed the line in fourth, 22 seconds behind his team mate.

Ferrari fans swarmed the track for the podium ceremonies. This is something that they have waited for. It has been nearly two years since the last Ferrari win (Vettel – Singapore), and 10 years since Ferrari won in Melbourne (2007-Raikkonen).

This could be the year when the Mercedes domination stops, because 7 out of 10 past winners of the Australian Grand Prix went on to win the Driver’s title at years end. Will this be Sebastian’s fifth driver’s title, or will Hamilton and Mercedes overcome this set-back and once again challenge for the win?