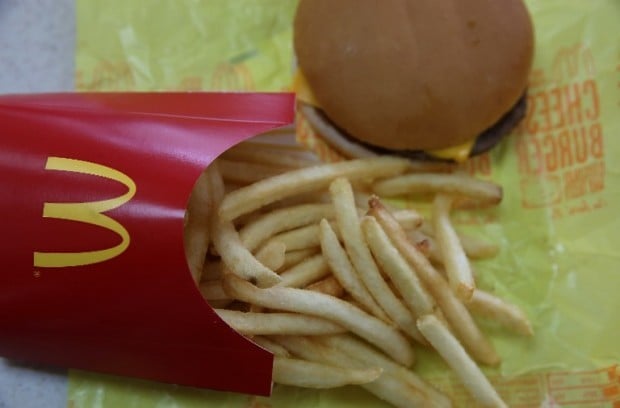 Craving for a cheeseburger, an 8-year-old boy reportedly took his four-year-old sister and drove their father’s van to a McDonald’s drive-through in Ohio. He drove for about one-and-a-half miles, stopping at red lights and allowing other cars to overtake. The crew at the drive-through thought it was a practical joke when the boy pulled up and ordered a burger. AFP

WASHINGTON, United States — Talk about a craving: an eight-year-old American boy drove his father’s van to a McDonald’s  because he just had to have a cheeseburger.

The child, at the wheel with his four-year-old sister riding shotgun, drove for about a mile and a half, stopping at red lights and letting traffic pass before he executed a left turn into the McDonald’s in the town of East Palestine in eastern Ohio, the paper said.

The parents were home asleep, it added.

Police were alerted by people who saw the boy driving through town.

When he pulled up to the drive-through window at the burger joint, employees thought it was all a joke.

“The workers thought that the parents were in the back, but obviously they weren’t,” East Palestine patrolman Jacob Koehler told the newspaper.

When police showed up the boy started crying because he thought he had done something wrong, it added.

The kids’ grandparents were called to take them to the police station, and in the meantime they got a meal of a cheeseburger, chicken nuggets and fries.

The parents picked up their kids at the police station and no charges were filed, the paper said. CBB