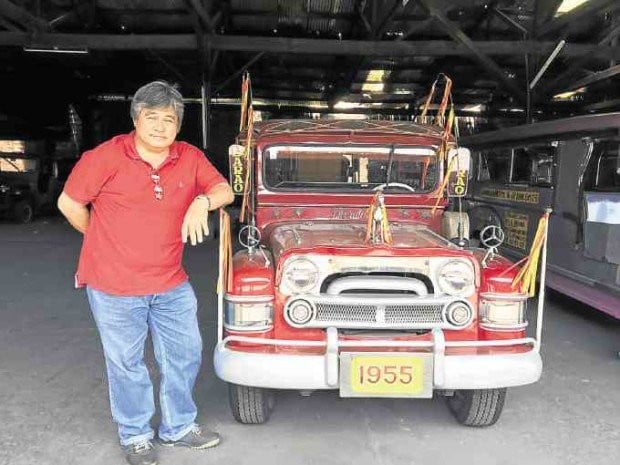 Edgardo Sarao proudly continues the legacy of his father, a “kutsero” who went into auto mechanics and popularized the “King of the Road.”—JOVIC YEE

The streets of the Philippines would not be as colorful, endowed with character, and, well, chaotic, without the so-called “King of the Road.” The ubiquitous jeepneys not only provide cheap rides but, in the best light, also serve as a cultural icon that has weathered recurring talk that they ought to be banished or their numbers steadily reduced.

Starting off as Willy jeeps left behind by American troops after World War II and elongated and repurposed for commercial use, today’s jeepneys hold their own from the corporate hub on Ayala Avenue to the upland farms of The Cordilleras.

Over the last six decades, no other family in the country has become more associated with this enduring mode of transport than the Saraos, who to this day continue the venture started by their patriarch Leonardo, a kutsero (horse-drawn carriage driver) who segued into auto mechanics and produced his first jeepney in a small garage in Las Piñas in 1953.

Despite the proliferation of taxicabs, buses and ride-sharing apps, jeepneys remain a reliable, go-to option, “the people’s transportation,” said Edgardo Sarao, Leonardo’s fourth son who now heads the operations division of the family business. “It’s not glamorous or luxurious, but it’s multipurpose.”

In the hands of the second generation, Sarao jeepneys are no longer just mass produced; a number are specially crafted for clients who wish to keep one as objet d’art. 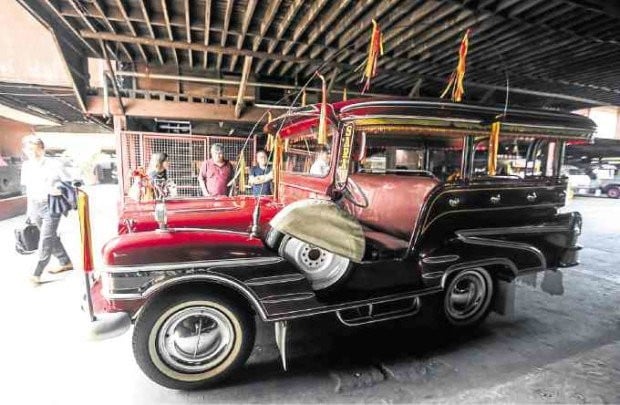 Customized jeepneys take shape at the Sarao Motors workshop in Barangay Pulang Lupa, Las Piñas City, including a “retro”model based on the first units produced by the company founder Leonardo Sarao in the 1950s.—PHOTO BY LYN RILLON

When the Inquirer recently visited the Sarao shop in Barangay Pulang Lupa, Las Piñas City, there were Japanese visitors marveling at a unit based on the original, compact model that Leonardo first assembled, complete with accessories and features no longer seen today, like rear fender fins and thin banderitas on the hood that made it look part Chevrolet, part moveable “fiesta.”

Another customized unit, ordered by a foreign luxury goods company, had tinted windows, a sliding door and a plush interior fitted with an air-conditioning system and disco lights. The price tag: P2.5 million.

Edgardo said they had also been accepting “special projects” from resorts and hotels that want gaudy jeepneys as part of their shuttle service or as an eye-catching display for tourists.

He was therefore optimistic that the best days of Sarao are yet to come and may soon follow the path of successful family-owned businesses like Hyundai, especially now that his 26-year-old son Jackie is also learning the ropes.

This diversification would have made the old man proud.

Sarao said his father, though not the first to modify the Willy, saw the vehicle’s potential, gathered his siblings, and set up what would become Sarao Motors Inc. It never claimed to be the pioneer, but it was largely given credit for popularizing the vehicle in the postwar years.

During its heyday from the 1960s to the 1980s, the company produced at least 200 units a year. While Sarao units looked similar when they rolled out of the production floor, they eventually acquired unique motifs and mostly hand-painted designs by the time they hit the streets.

Edgardo said the idea of making the units a moving artwork came from their very own customers who wanted their newly purchased jeepneys to sport images showcasing their hometowns or something more personal, like a childhood memory or a family aspiration.

“They want [their unit] to be different. Something the people would look at,” he said.

The trend helped cement Sarao’s popularity that the company was even asked to produce units for Filipino trade expositions in France and the United States. In 1981, Sarao provided the pope mobile used by John Paul II during his visit in Baguio City. 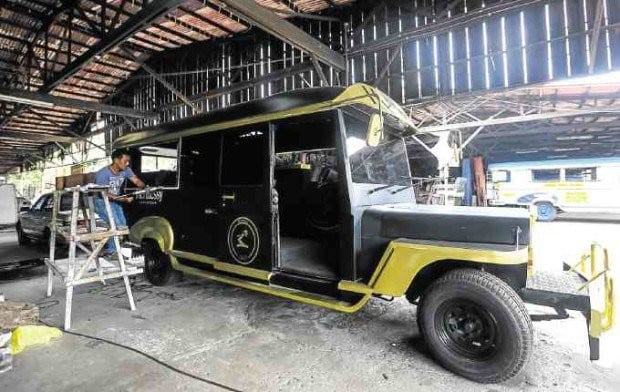 Amid this success, Edgardo recalled, his father tried other businesses: He built a resort and several commercial buildings, put up a loan company and, for a time, operated a radio station.

Still, the elder Sarao kept his feet on the ground and didn’t forget his kutsero friends, the son added.

Like with any company, it wasn’t always a smooth drive for Sarao.

Due to the economic slump and political unrest that followed the assassination of former Sen. Benigno “Ninoy” Aquino Jr. in August 1983, Sarao saw a drop in sales. By 2000, the company had to stop production due to various factors, including the high cost of materials and “low demand” for jeepneys.

But it was able to reopen and gain fresh momentum just before Leonardo passed away in 2001 at the age of 80. Since then, its average yearly output is around 50 units, each costing at least P615,000.

Despite the continuing challenges, Edgardo and his three brothers who now run the company are far from quitting the institution their father and uncles built.

“This is our father’s legacy, so why would we let go of this? We have to continue this,” Edgardo said.

In the coming months, Sarao Motors may face another challenge, this time arising from the plan of the Land Transportation Franchising and Regulatory Board to “modernize” the jeepney sector. Edgardo, however, doesn’t share the fear of some transport groups that the modernization program would lead to the phaseout of jeepneys.

According to data from the National Economic and Development Authority, there were about 35,000 jeepney units in Metro Manila alone as of 2014. The transport group Piston, meanwhile, says about 650,000 jeepney drivers and 250,000 operators nationwide would be affected by the government plan to phase out jeepneys aged 15 years and older.

“I was still a kid running around in shorts when they first talked about that (phaseout),’’ said Edgardo, 56. “I don’t believe it because they don’t have anything better to offer. They say we must go electric, be more environment-friendly. Why not? We want that, too. But where will we get our materials?”

In his view, the government must help jeepney manufacturers cope with the modernization program by developing and upgrading the country’s local automotive industry.

One thing the family has learned while keeping this quintessential Filipino company afloat, Edgardo said, is the value of patience—the reward that awaits those who stick to what they do best. This, and a strong faith in God.

“We are here to stay to serve the people,” he said. “The jeepneys will not disappear because you can’t keep a good product down.” -Jovic Yee, Lyn Rillon