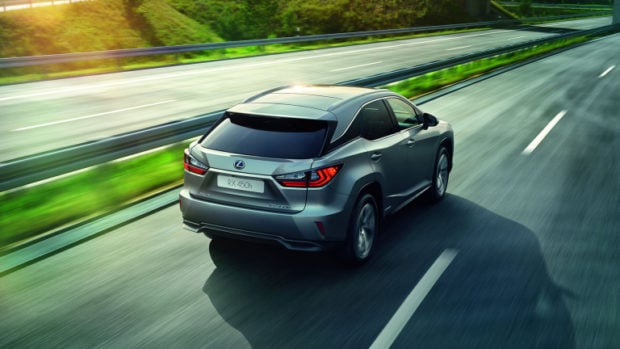 It’s certainly not usual that a new luxury vehicle costs less than the previous year’s model did, but that’s what’s happening with the 2018 Lexus RX450h.

Instead of the usual modest price increase for the new model year, Lexus hasn’t just reduced the price of the RX450h in the United States, it has absolutely slashed it. A similar move by Lexus in Europe is not expected, but it’s not out of the question that this unexpected move could be replicated in other markets either.

But what’s more unusual than the size of the reduction are the actual models that benefit from this new, more attractive pricing.

The RX350, which is powered by a conventional petrol engine, is actually getting a slight increase in price. However, the base price of an RX450h hybrid is being reduced by a massive $7,340 (over P366,000) from last year, which means it will now cost from $46,690 (over P2.3 million) onwards. The higher-specification F Sport version of the Lexus also gets a comparatively modest reduction of $4,090 (about P204,000).

Why the Japanese luxury manufacturer decided to drop the prices of its hybrid SUVs so dramatically is unclear at the moment. If there is one area of the market that’s positively booming right now, it’s SUVs of all types. Simultaneously, most governments are encouraging consumers to embrace electrified vehicles in order to reduce harmful exhaust emissions. So, for Lexus to slash the price of a hybrid SUV doesn’t make a great deal of sense, especially as the cut concerns the new model and not an outgoing model where old stock needs to be moved. JB