Is the Hyundai Kona to get the N treatment? 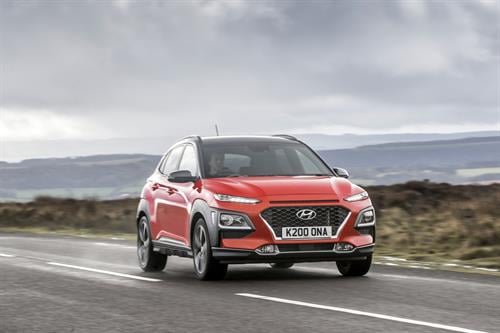 When an automaker launches a performance sub-brand to produce sportier and higher-performance versions of its regular models there’s inevitably lots of speculation about which models will be chosen to be given the treatment.

The first model in Hyundai’s new N sub-brand is the i30 N, so it’s about time another Hyundai model was brought into the N fold. And it seems the relatively recently introduced Kona crossover could be one of the next models to be overhauled by the N division.

If a Kona N does get the go ahead from the bosses at Hyundai, it’s expected to boast an impressive 247 horsepower, courtesy of the 2.0-liter turbocharged engine to be borrowed from the i30 N. Unfortunately though, the hotter 271 brake horsepower Performance-Pack version of this engine is not expected to make its way under the hood of the Kona.

The company’s man in charge of the N sub-brand, Albert Biermann, has told the UK’s Auto Express he’s instructed engineers to begin work on a prototype with the hope it will help obtain approval from the Hyundai hierarchy to be put into production. And it was Biermann who gave the game away about the i30’s engine being utilized.

Biermann told Auto Express, “I’ve told them [the engineers] to build the car and we’ll see what happens with getting it approved.It has to be the i30 N powertrain, really. Of course, we can give Kona different specifications on suspension and steering, although there are some common components we can use in that area as well, because it’ll be front-wheel drive, like the i30 N. But we already know that it has to be that car’s engine and gearbox for the Kona N, yes.”

But before a Kona N becomes a possibility, the next two full-spec N models will be the Veloster N, which is to be sold in Korea and the United States, and the i30 N Fastback. The i30 N isn’t offered for sale in the U.S. as the i30 is sold there as the Elantra GT. However, if the Kona N does go into production it could be the first N model to be offered globally. JB

Details of BMW M5 Competition Package leaked ahead of reveal