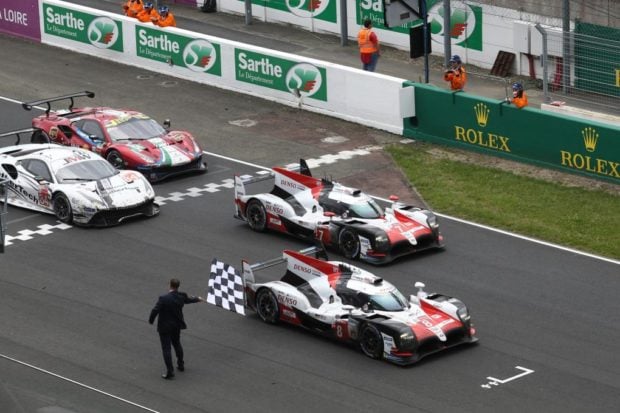 The Japanese marque had had successes in the World Endurance Championship, but never at the prestigious Le Mans 24 Hours.

Toyota Gazoo Racing came close two years ago but the #5 TS050 crawled to a halt with about 3 minutes to go in the 24 hour race.

This has haunted the team since, but with their recent win, the ghosts of 2016 have been exorcised.

Toyota is only the second Japanese manufacturer to win Le Mans.

Fernando Alonso was the center of attention all weekend long.
The two time F1 champ was a novice in endurance racing, but when he took over from Sebastian Buemi, who, at the start, managed to keep the sister Toyota behind; Fernando went on to establish his mastery and dominance over the field.

Alonso was in the zone. Even after a safety car re-start, Fernando, who was blocked by back markers, went on the grass at the Mulsanne straight and nearly lost it in the process, but was able to muscle the car back onto the tarmac.

Alonso had a great first stint, and as he handed the driving duties to Nakajima a few hours later, the #8 Toyota had a substantial gap to the trailing #7 Toyota. 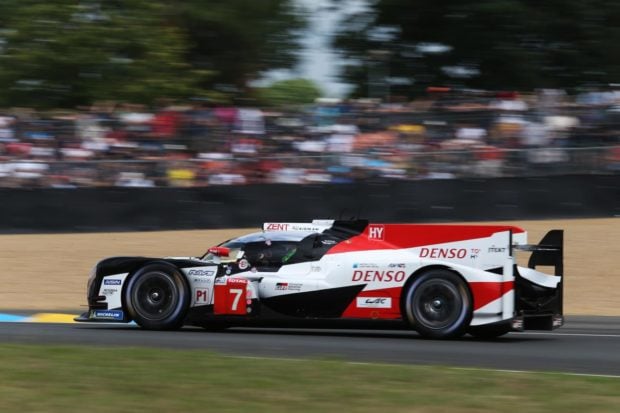 Everything was going as planned until Sebastian Buemi was slapped a 60-second stop-go penalty for speeding in the yellow zone.

The penalty was exacerbated by the slow, long drive into the pits.

By the time Fernando got his second stint, the #8 Toyota was two minutes down to the leader.

Then in a drive that will be forever etched in history books, Alonso, consistently lapping around the 3:20 range, slashed a huge chunk in the lead of the #7 Toyota.

What made his drive more impressive was that this relentless pursuit was made in the middle of the night, passing 60 odd cars with varying speed and driver capabilities.

Alonso’s drive was crucial in helping the #8 car win Toyota’s first ever win at Le Mans.