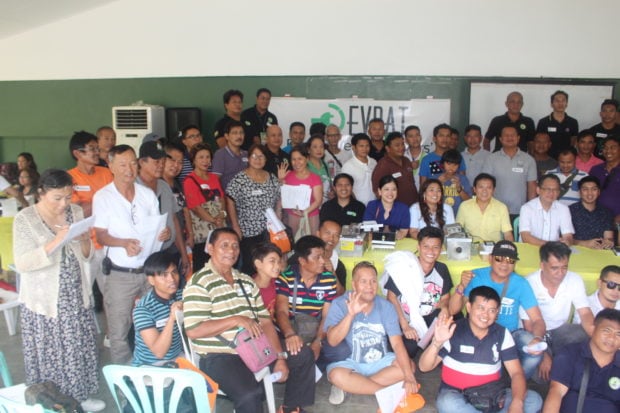 Some 126 drivers of electric jeepneys and tricycles in and around Barangay Ayala Alabang attended a hands-on training on driving and maintaining EJeepneys and ETrikes last May 23, 2018. The EV Drivers’ Advance Training was conducted by the Electric Vehicle Association of the Philippines and the Jaime V. Ongpin Foundation, Inc. to help prepare the barangay and its drivers for the PUV Modernization Program of the government.

LTFRB Board member Atty. Aileen Lizada encouraged the drivers to embrace the new EV technology and learn as much as they can during the seminar. “We who are behind the government’s PUV Modernization Program are glad that you see the need to prepare not only your barangay but more importantly yourselves for the full implementation of the PUV Modernization Program”.

The drivers’ training included lectures and demonstrations of parts unique to an electric vehicle and how they function, including handling and charging rechargeable batteries. Also included in the training were driving, operating, maintaining and repairing an EV. Even the modern gadgets in a modern PUV were introduced such as the automated fare collection system, CCTV, GPS and dash cam. The EV drivers then had the opportunity to test drive EJeepneys and ETrikes around Barangay Ayala Alabang for four days. 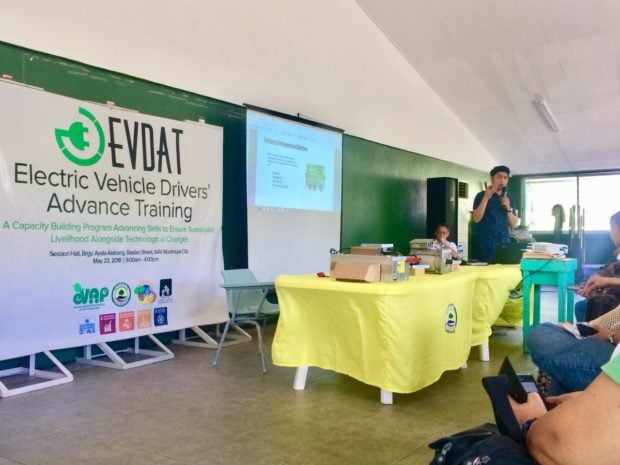 EVAP Chairman Ferdi Raquelsantos explained that since this is the first time such a training program was held for EV drivers, an operational template will be crafted to be used later. “We have plans to replicate this training program nationwide to spread not only the use but also the knowledge on EV technology. In this training, drivers not only learned how to drive and operate an EV but also learn about parts unique to an EV and how they function and more importantly, how to maintain and do minor trouble shooting. They also learned how to handle and charge rechargeable batteries such as the modern lithium ion batteries. This will serve them well once the PUV Modernization Program is rolled out nationwide”. 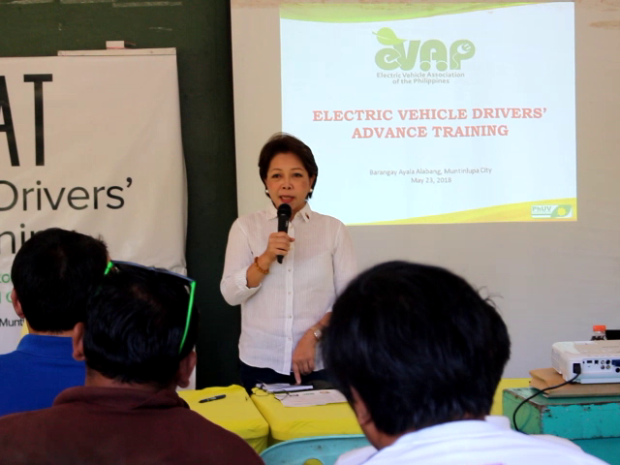 “A survey conducted after the training showed that 96% of the participants found the training useful”, says EVAP President Rommel Juan. “Most of them said they learned a lot in the training and were willing to join more trainings in the future. Since we had two EJeepneys and two ETrikes available for them to test drive, they were happy to have their hands on the real thing. After the training, we are confident that Barangay Ayala Alabang is ready for the PUV Modernization Program of the government. Its success has encouraged EVAP and the Jaime V. Ongpin Foundation, Inc. to take this training program to other barangays nationwide”.