Volvo reveals (a little) more of the 360c 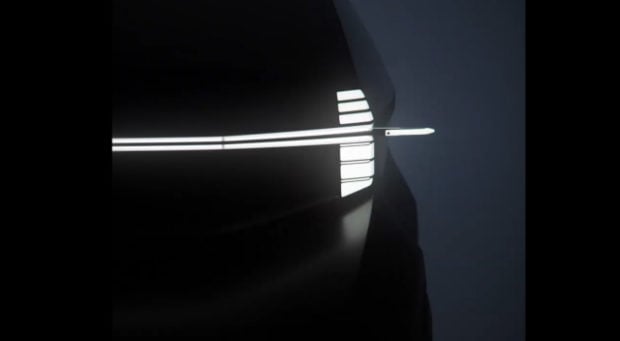 At a time when some doubt is being cast about the public’s attitude to driverless cars and manufacturers, including Volvo, appear keen to introduce new electric vehicle sub-brands, Volvo instead gave another glimpse of its own autonomous electric vehicle, the 360c.

Not too long ago, the Chinese-owned Swedish automaker teased a single tone from an auto-centric chime on its Facebook page. It posted the sound along with the hashtag “360c” and also teased us with the words “Could this be the sound of your future ride?” Apart from that, nothing else was revealed.

But now Volvo has gone a little further by issuing a 13-second video that appears to reveal a portion of the new vehicle’s light signature, as well as a little of the shape of whatever the 360c is actually going to be. The tagline to go along with the new video enticingly says: “Coming soon: our vision for the future of travel. Could time spent traveling become time well spent? #360c.” And it seems pretty clear that that’s likely to refer to a high level of autonomy for the new vehicle.

Of course, a lot of what is being said about the video and what the vehicle will eventually turn out to be is guesswork at the moment, which is only to be expected when the video gives so little away and is only 13 seconds long.

A self-driving vehicle of some sort with an electric powertrain is the best bet, but from what can be seen of the shape of the vehicle in the video it could be more of a passenger shuttle rather than a more traditional car or SUV.

Back in 2015 Volvo gave us its vision of how autonomous technology will accommodate passengers with the Concept 26, which took a relatively traditional car cabin and transformed it between three phases: Drive, Create, and Relax. This one could go entirely the other way and be fully autonomous with only the mildest of concession given to a human driver. Either way, it seems we won’t have to wait too long because the word from the GoAuto publication is that Volvo will be issuing some concrete details “within days.” AB