Chevrolet launches Call Me Out app 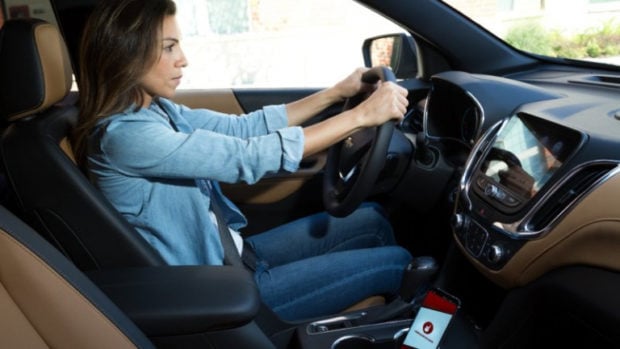 Every week seems to bring another smartphone app being launched by a major vehicle manufacturer, and this time it’s the turn of Chevrolet.

But instead of this being something to help you order a pizza before you arrive home, to locate a parking space before you get to work or to pay a toll without stopping your journey, Chevy’s Call Me Out app could actually save your life.

In some countries, it’s increasingly difficult to imagine it being legal and acceptable to use a handheld mobile phone while driving as the practice has already been outlawed and the penalties for being caught doing so are becoming increasingly severe. But there are plenty of places where there’s no official sanction against using a phone at the wheel yet, although there can be fines for a more broad-based offense of distracted driving if you are involved in an accident.

The Call Me Out app is therefore designed to encourage drivers to leave their phone alone while they’re in control of a vehicle, which could be a lifesaver on American roads and highways.

Rather than being something that positively blocks use of the phone while you’re driving, Call Me Out leverages the influences of your friends and family to keep you focused on the road. The app was developed during a hackathon with college students, and the way it works is to encourage users to leave their devices alone and keep their hands on the wheel along with recorded messages from family and friends and the graphic of a wagging finger.

The clever part is the app uses the phone’s accelerometer and GPS to detect when it’s being physically picked up as speeds go above 5 miles per hour. The app also includes a scoreboard and rankings that improve the less you handle your phone while driving.

In 2016, some 3,450 lives were lost in the United States, according to the National Highway Traffic Safety Administration (NHTSA), although there’s no data to prove how many of those cases involved the use of cellphones by drivers. The NHTSA currently estimates somewhere in the region of 481,000 drivers are using their phones while driving during daylight hours, so there’s a serious need for something to help combat the problem.

There’s nothing new about distracted driving apps, but existing ones such as LifeSaver are more basic systems that block the phone from being used while you’re driving. Chevy will be hoping this different, gentler approach to the problem might be more successful, and it’s available to download for free now from the Google Play Store for Android users. JB

First all-electric Vespa goes on sale in Europe this fall