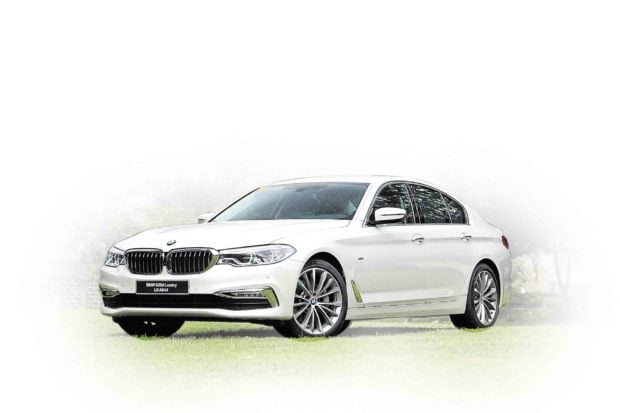 Standard in the all-new 5 Series are the LED Adaptive lights.

In the 1990s, both the wife and I shared one automotive aspiration: the BMW 5-Series, or 5er, as the Germans would call this.

The missus grew up in Canada, surrounded by the diaspora of moneyed Chinese citizens leaving Hong Kong as the take-over from Mainland China was commencing.

These Hong Kong natives sure had loads of money with them to spend in Canada: fancy cars like the BMW, and massive houses.

For me, it was prior to the Asian financial crisis of the late 1990s. The BMW 5-Series represented new, smart money: upwardly mobile, cool, sophisticated and crucially, something different from the Mercedes-Benz E-Class that was hugely popular then.

These cars (unlike today’s even more well-moneyed, sophisticated and discerning set) were the pinnacle of luxurious European motoring everyone aspired for. 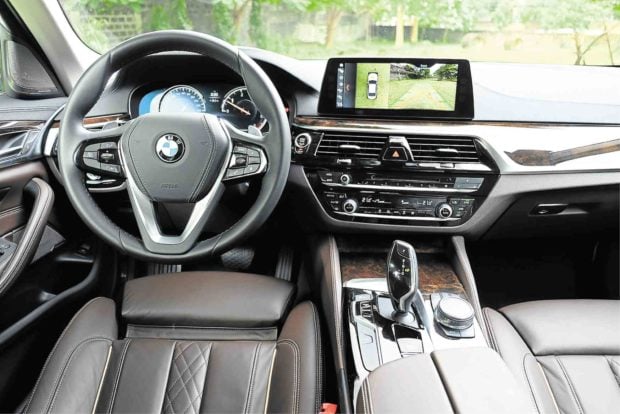 Luxury that supports, cossets, relaxes, and gives true solitude in between destinations

After two decades, much has changed. The BMW 5er and Merc E-Klasse have been replaced by flashier, more exotic brands as the pinnacle of motoring.

But that soft spot for these cars, and particularly the BMW 5-Series, has always remained. My Dad had a third-generation E34 BMW 5-Series, and we all loved it: powerful and responsive (for its time), stylish, sharp and the edgy lines gave it a hint of exoticism in a sea of bland Toyotas, Mitsubishis, Hondas and Nissans.

And here I am today, driving what, for many in my generation considered their dream car a generation ago, BMW’s latest 5-Series, codenamed the G30 to BMW anoraks, the seventh and latest generation.

For me, it truly is seventh heaven. 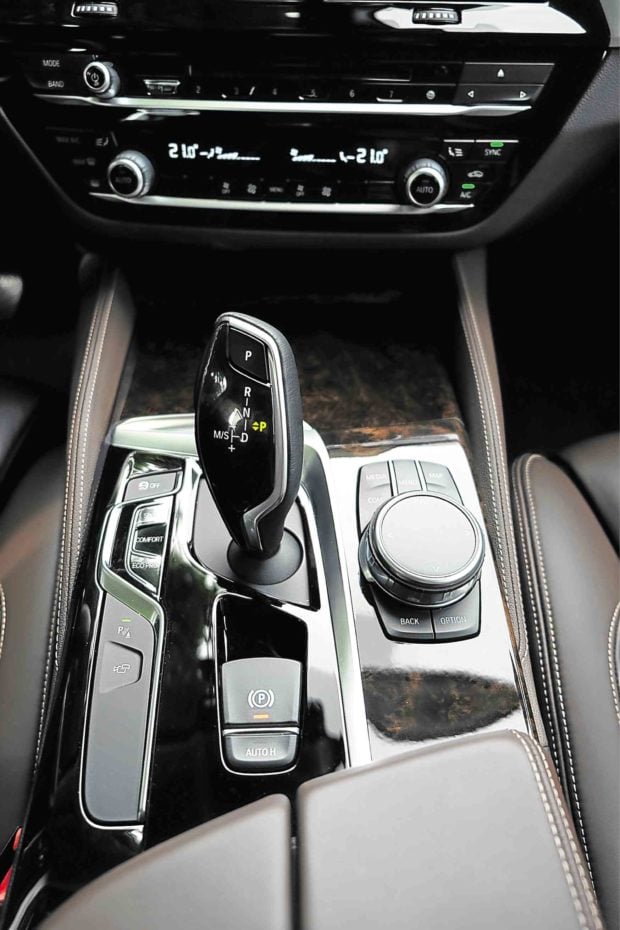 For a start, the BMW 5er is massive. I have to look long and hard to make sure it isn’t a 7er—such is the sheer length, particularly of the wheelbase, which should in theory provide great legroom for rear seat passengers (always a BMW 5er weakpoint).

Turning radius is 6 meters, not bad for a car of this size. And for a car that rides low (131 mm ground clearance), it feels so supple, so compliant even on rough roads. Definitely some wizardry at work here.

As with any current luxury car, the BMW 530d Luxury is a technological tour-de-force. You get seven airbags, ABS-EBD brakes with cornering brake control plus traction/stability control rounding out the safety features.

There’s a 10.25-inch LCD screen for BMW’s iDrive, which is still somewhat difficult to get along with, compared to say, Audi’s MMI, but definitely easier than previous iterations. 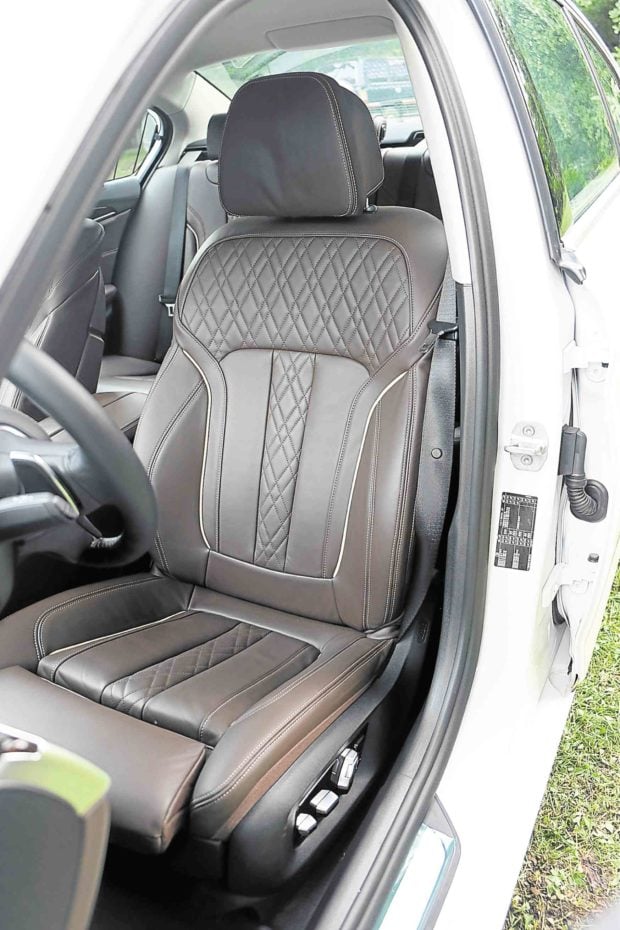 The engine drives the rear wheels via an 8-speed ZF steptronic automatic transmission.

Naught to 100 km/h takes 5.7 seconds, but the truth is, this 5er is made for wafting: at 100 km/h, on the highway, few cars deliver the same level of smoothness.

Considering it runs on massive 245/40R19 Michelin all-season low-profile performance rubber, I’m surprised that even high-frequency NVH is muffled out by the chassis and suspension, which it shares with BMW’s 7-Series (codenamed G11), thanks to BMW’s new modular platform sharing.

It rides so smoothly, so serenely, you’d think it was a Lexus! Yet there’s no disconnected, insulated feel.

The 5er just manages to filter out all the negativity, but still provides you with a good idea of what’s going on.

Impressive, and something you’ll truly appreciate on a long drive. 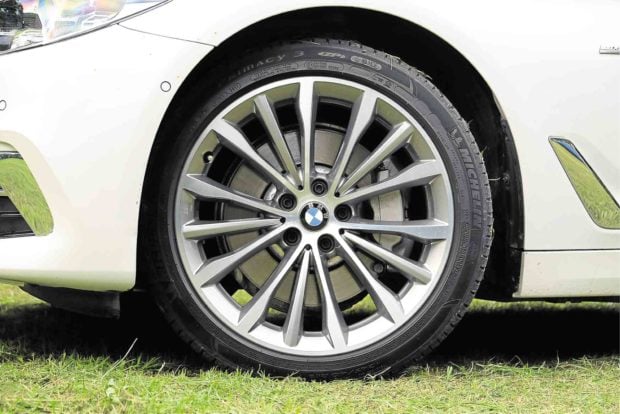 On the highway, BMW promises just under 20 kilometers per liter, though I observed a more realistic 15 km/liter on my regular Tagaytay drive.

In the city, efficiency drops to 7.8-8.5 kilometers per liter. I feel these figures can further improve with a bit more time and mileage under the engine’s belt, as it also felt slightly tight.

The length and width can be a tad challenging while driving on city streets as Waze will have you maneuvering through some inner city streets to get to your destination.

Parking at many of the malls is just a little too exacting because of the 5er’s girth.

However, on winding roads, that BMW magic comes alive: it hunkers down, flows beautifully from corner to corner, and the torquey turbo diesel engine delivers effortless torque to propel you rapidly yet serenely on winding and undulating mountain passes.

The brakes deliver tireless, fade-free and well-modulated performance, and the steering has that good balance of being light and easy, while delivering great feel—always a BMW hallmark.

This is a true departure from previous BMWs, and a good one at that. 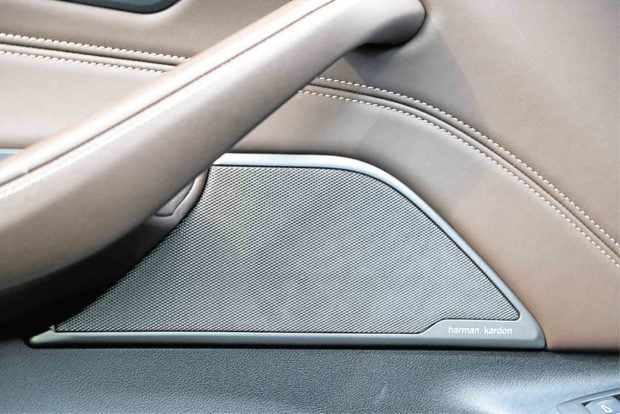 Through the years after the 1990s, BMWs had fallen out of favor with me. The Bangle bungle design just made it too weird.

The effort to cement itself as the height of sheer driving pleasure meant an obnoxiously firm and harsh ride with licorice thin tires.

BMW’s stubbornness (until recently) to remain naturally aspirated in the face of tightening emissions regulations and increasing fuel efficiency fleet averages while still delivering more power, torque and responsiveness meant that they were getting left behind by their turbocharged Teutonic rivals.

Previous BMWs felt a bit too cumbersome to drive, requiring more effort than its rivals. On a good day, it still felt great, but 99 percent of the time, it was, for me at least, truly a bother.

The sheer effortlessness means you have the luxury to not fuss over the car on your normal routine.

It truly feels like the 530d has your back, supports you, cossets you, relaxes you, and gives you true solitude in between your destinations.

Now, that is true luxury in this hectic day and age.