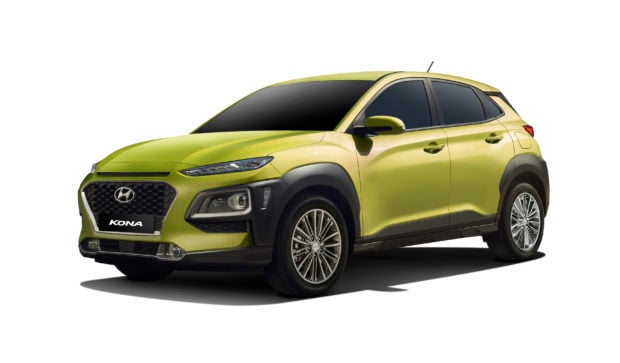 Hyundai Asia Resources, Inc. (HARI), the official distributor of Hyundai vehicles in the Philippines, has recently announced the brand showed a minimal dip of 8.3% or a total of 22,223 units compared to last year’s 24,233 units as it closed its 2018 eight-month sales report. August performance alone was exceptional given that it is the third best performing month for the brand with 2,987 units sold.

Nevertheless, it further said that the brand has remained competitive with the popularity of the recently released Kona gaining momentum in the subcompact SUV market. The Passenger Car (PC) segment maintains its frontrunner status of the brand by covering two-thirds of its total vehicle sales, or 13,935 units from January to August 2018. Led by the Accent, the model has remained as a favorite among the passenger cars in the industry.

Light Commercial Vehicles (LCV) takes the remaining share with 8,288 units, but has grown significantly from the same period of 2017 with 10.4%. With the introduction of the Kona, August saw monthly LCV sales surpassed that of PC for the first time.

“Even with the conservative economic outlook, Hyundai has proven itself to endure the odds. Backed by a strong community of Hyundai users in the country, we have proven time and again that our products and services remain relevant in the automotive industry” – Ma. Fe Perez-Agudo, HARI President and CEO

Increasing global oil prices and higher retail prices due to the excise tax put on automotive vehicles appear to be the delimiting factors for automotive sales in the Philippines.  As inflation grew to 6.4% in August, consumers have set expectations that they will spend more on basic goods and services until the end of the year. As a result, this outlook would dampen the buying conditions for big-ticket items such as automotive vehicles. The BSP cited that OFW households would increase the allotment of their remittances to the purchase of cars/motor vehicles; their value significantly increasing due to the slowdown of the Philippine peso. Paired with positive sentiments from investors on the administration’s “Build, Build, Build” program, this would be enough to counteract the negative effects the Philippine economy would have on the automotive industry. The performance of Hyundai only reflects that of the industry, the brand has made strides to remain on top as it manages its growth rate to remain below the industry’s average.