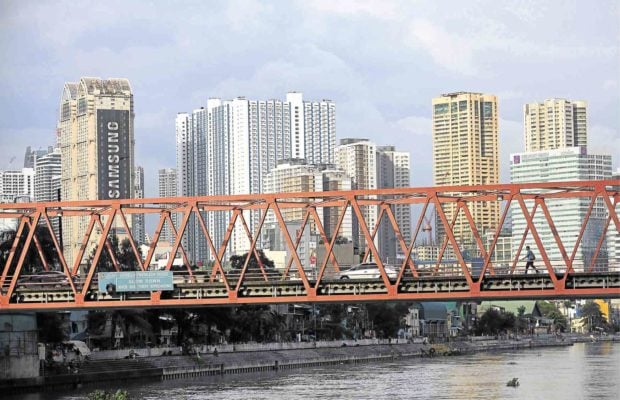 HEAVY LOAD The Estrella-Pantaleon Bridge has far exceeded its daily traffic volume capacity of 20,000 vehicles, according to an official. —LYN RILLON

The Estrella-Pantaleon bridge linking Makati City and Mandaluyong city has been reopened is passable to motorists.

Around 9:00pm of September 24, the orange barriers effectively closing the bridge were removed. According to nearby residents, several men drove up in a pick up truck and removed the barriers.

The Metropolitan Manila Development Authority (MMDA) was unaware of the reopening and said they did not order it.

The bridge was closed on Sunday to be torn down and replaced with a new bridge. The project was supposed to last 30 months. The bridge closure caused heavy traffic in the area. –report by Dona Dominguez-Cargullo