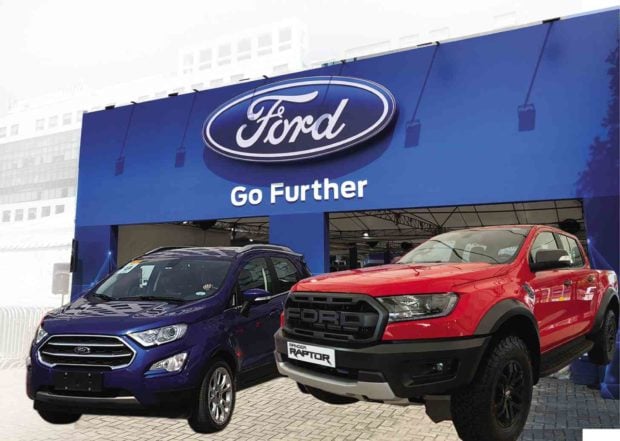 The Ford Ranger Raptor may have been born in Australia, having been developed there, and it’s now here on our islands. Ford showcased the new Ranger Raptor, during the Ford Island Conquest activities that are now going around Luzon. Also on hand are the rest of the refreshed Ranger lineup, the Everest, and 2018 EcoSport. Dubbed as the experiential test drive roadshow, the Ford Island Conquest will be rolling into the Solenad Nuvali Activity Area on October 19-21, 2018 and at SM Clark Events Center on October 26-28, 2018.

During the event, customers who reserve a Ford vehicle can avail of a cash discount of up to P100,000, free 3-year scheduled service, and premium gift items.

The new EcoSport, its compact frame now propelled by a new turbocharged 1.0-liter Ecoboost engine and automatic transmission, proved to be nimble and easily manueverable on the course.

“The Ford Island Conquest continues its run to cover more areas nationwide and bring the Ford driving experience to more Filipinos. This month, customers have the opportunity to see and test drive our newest vehicles and experience their capabilities and great features. We invite car enthusiasts and even families to make the Ford Island Conquest a weekend bonding activity,” says Bert Lessard, managing director, Ford Philippines.

What’s more, Ford is offering special employee pricing for all variants of the Ford Everest. This means a discount of up to P153,000, available only until October 31.