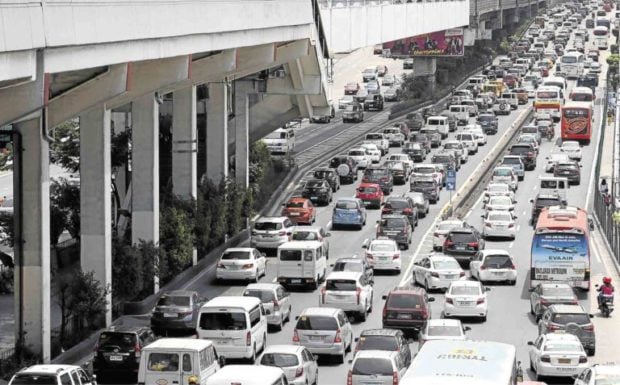 Malls on major roads in Metro Manila will once again adjust their operating hours to avoid contributing to the expected traffic buildup during the holiday season.

After a dialogue with the Metropolitan Manila Development Authority (MMDA), all malls of SM Supermalls, Ayala Malls and Robinsons located on Edsa, Marcos Highway, Commonwealth Avenue and C5 Road will open on weekdays at 11 a.m., one hour later than the usual start of their operations.

As for closing time, MMDA General Manager Jojo Garcia told reporters on Monday that this would be left to the discretion of establishment owners.

The MMDA and mall officials also agreed to ban weekday sales, limit the delivery of nonperishable goods to between 11 p.m. and 5 a.m., and remove obstructions at loading and unloading stations.

According to the MMDA, a similar arrangement with the malls from October 2017 up to January this year resulted in the travel speed of vehicles on Edsa going up by around 10 percent, or from 17 kilometers per hour to 19 kph, during rush hour.

Although they conceded that the changes in operating hours could lead to possible loses, mall owners said they would abide by their agreement with the MMDA as “their contribution [to Filipinos] this holiday season.”

At least 15 malls are located on the 24-kilometer-long stretch of Edsa.

MMDA data showed that vehicular volume on Metro roads go up by as much as 15 percent from September to January.

But Garcia said that if it were up to him, he wanted malls operating from noon to midnight.

During the MMDA’s meeting with officials of the Department of Public Works and Highways and utility companies, they agreed on a temporary ban on roadworks and repair projects during the holiday season.

However, the ban would not apply to the government’s “Build, Build, Build” projects as these were already facing delays. – By: Dexter Cabalza