Hurry down the Jimny tonight 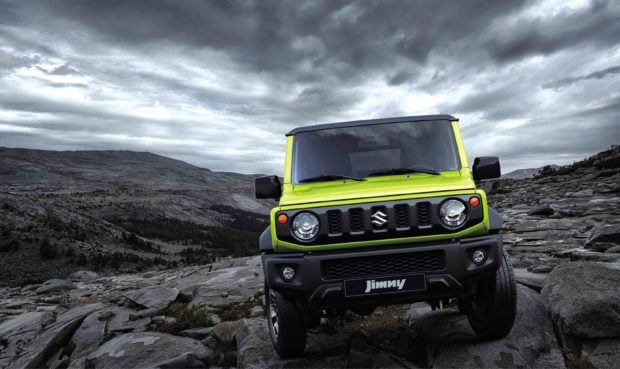 If there was one bright spotlight at the Philippine International Motor Show, it’s the one aimed at the new mini SUV on the block, the Suzuki Jimny. Block sounds about right, as the Jimny goes for a squarish, military-style offroader look, more angular than the previous Jimny. The DNA is familiar, and it all originates from the original Jeep. Those lines have been successful for many oraffroaders over the years, all tracing their heritage back to the Jeep: the Land Rover Defender, Mercedes-Benz G-Class, the FJ40 and later FJ Cruiser, and the Humvee. The Suzuki is especially attractive as it successfully follows those boxy styling cues and shrinks them to supermini proportions.

The revelation of the 2019 Jimny comes about time, too, as the current Jimny has been around for 20 years—an eon in automotive cycles. The fourth-generation Jimny looks great, with just the right touches of retro design and offroad styling cues. The new Jimny’s offroad design is not just for looks, as Suzuki will retain the ladder-frame design and part-time four-wheel drive system with low-range transfer gear. The Jimny has become a legend among off-road vehicles, sometimes capable of pulling larger, more powerful vehicles out of a sticky siutation, and its seems that the new one will carry on that heritage. The suspension is still a three-link rigid axle. The interior looks just as boxy, but with some nods to modernity, such as the high-mounted touchscreen interface.

The Jimny will likely be powered by a naturally-aspirated 1.5-liter four-cylinder gasoline engine, estimated at 102ps and 130Nm. It seems that Suzuki’s 1.0-liter three-cylinder turbo unit will not be offered.

Many fans will be sold on looks alone, and the Jimny obliges with a two-door, short-wheelbase body, clamshell hood, and boxy profile. Suzuki promises an improved on-road ride, thanks to the more rigid ladder frame, and a steering damper that helps to cut down on vibrations and jolts to the cabin via the steering wheel. It will be quite a wait for the new Jimny, as the new car is expected to be available in the third quarter of 2019. 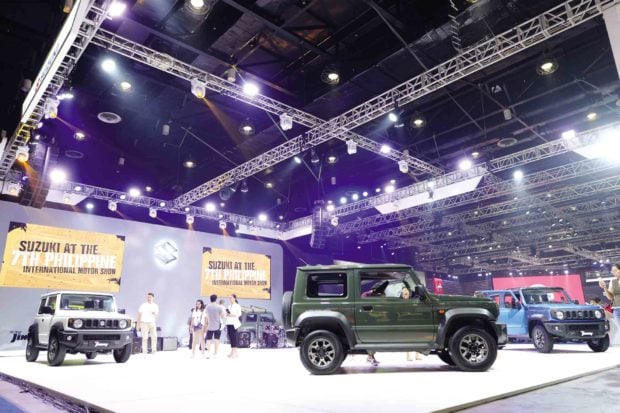 Different colors of the Jimny on display at the Suzuki booth

Aside from the 4×4 Jimny 2019, visitors to the 7th edition of PIMS are able to get a first-hand experience with Suzuki’s popular vehicles such as the new models of Swift, Dzire,  Vitara and Ciaz.

SPH showcases the special features and functions of the recently launched all-new Dzire and Swift. Visitors interested in finding out more about Auto Gear Shift (AGS) technology can explore the Dzire.

The new Swift offers improved driving experience with its maneuverability and stand-out character. Its edgier look and upgraded engine performance suit the style and needs of fun-loving millennials.

The Ciaz, a top-selling Suzuki brand and the winner of Best Personal Commuter in last year’s 12th C! Magazine Awards, packs an elegant design and spacious interior. On top of these, it features fuel economy and an affordable price that combined make it an ideal subcompact sedan.

SPH has lined up exciting activities to entertain guests during the five-day trade event.

In line with the 2018 ASEAN Football Federation (AFF) Championship, the SPH booth will feature the Philippine Azkals as part of the AFF Trophy Tour on October 27. 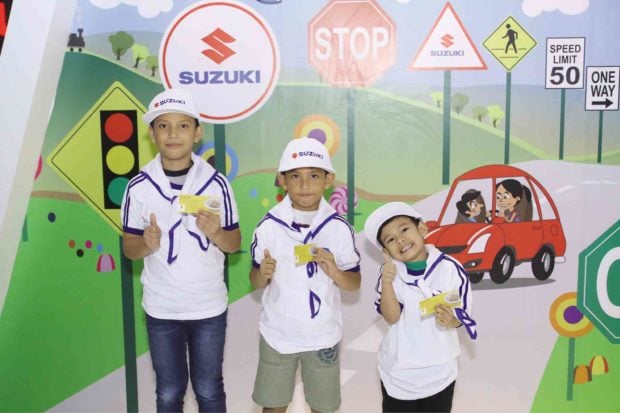