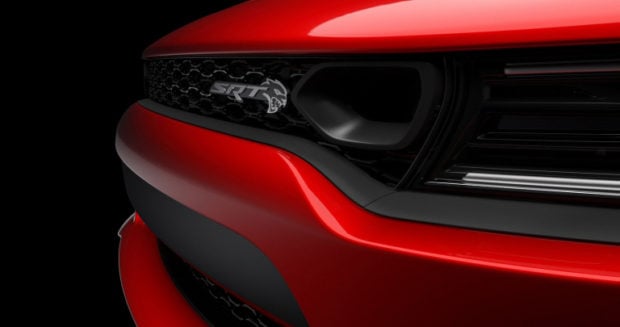 For this year’s holiday season, Dodge has transformed a crimson Hellcat Redeye into a jolly sleigh.

Yesterday, Dodge published their first-holiday video of the season featuring a Hellcat redesigned with some yuletide flair and piloted by a Santa who clearly lifts weights. Looks like the reindeer may be getting a vacation this year.

The ripped elves in Santa’s workshop may have created the fastest sleigh-ride ever — and this muscled, tattooed Saint Nick is far from disappointed. The doors are gone, the windshield has been cut in half, and all the tires have been replaced by silver runners that will make delivering toys a breeze.

As a tribute to the reindeer that the Hellcat replaced, the Redeye emblem is sporting a set of antlers fit for the holidays.

Besides Santa’s new souped-up sleigh, three other festive models will be on special this Black Friday: the Dodge Challenger, Charger and Durango, all of which are at least “America’s Fastest” in their respective model categories — even the newly bulked-up Santa may be the strongest the world has ever seen.

It’s probably a good idea to be nice this year; after all, with his sleigh’s new 797-horsepower engine, it looks like this bulked-up Kris Kringle may even have time to do a second trip. KM

Dodge Challenger SRT Hellcat goes on the prowl at MIAS