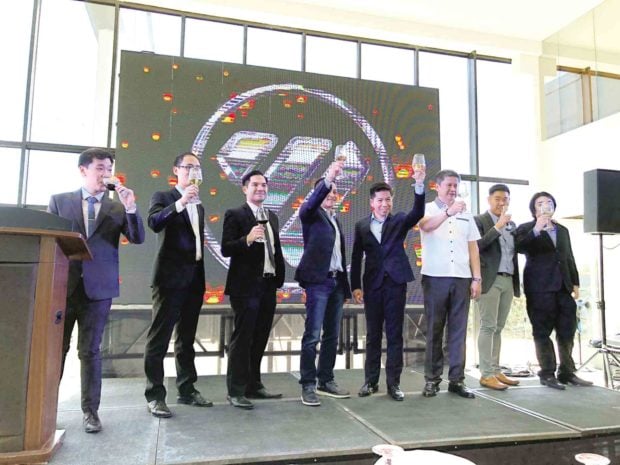 The massive new facility, conveniently located along MacArthur Highway, is built on a 4,400-sqm lot with a 500-sqm showroom.

The covered service area spans 2,300 sqm. The service area is capable of accommodating various vehicles. It has lift stations for the smaller vehicles, and service pits for the large trucks.

A group of young enterpreneurs under Absolute Advantage Inc. (AAI) heads the dealership. AAI president Adrian Gabriel S. Go officially turned over the keys to its first customer during the opening day. 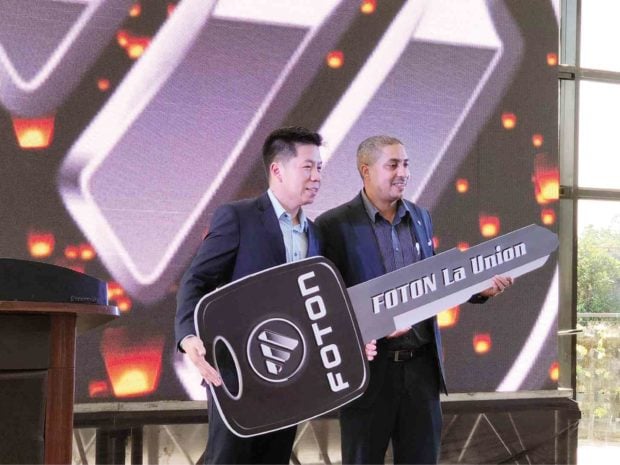 Go (left) turns over the ceremonial key to the dealership’s first customer during the grand opening.

Foton has been expanding its presence in the Philippines. Foton inaugurated its 11-hectare, P1.2-billion assembly plant in Clark, Pampanga. This has enabled Foton Philippines to assemble its most popular vehicles, as well as provide more robust parts and sales support for its customers.

Foton has been building on partnerships to boost the performance and reliability of its vehicles. Engines for many of its passenger vehicles are supplied by US manufacturer and diesel expert Cummins.

Foton already has the biggest dealer network for a Chinese automotive brand. It is opening more new dealerships in the coming months, including one in Pasig on C5; Bacoor, Cavite; and one of its biggest facilities in Puerto Princesa, Palawan.

Bauang is a bustling area, located just 10km from San Fernando, the provincial capital. La Union’s famed beaches, suitable for surfing, are just a few minutes’ drive away, as is the famed Thunderbird resort at Poro Point. 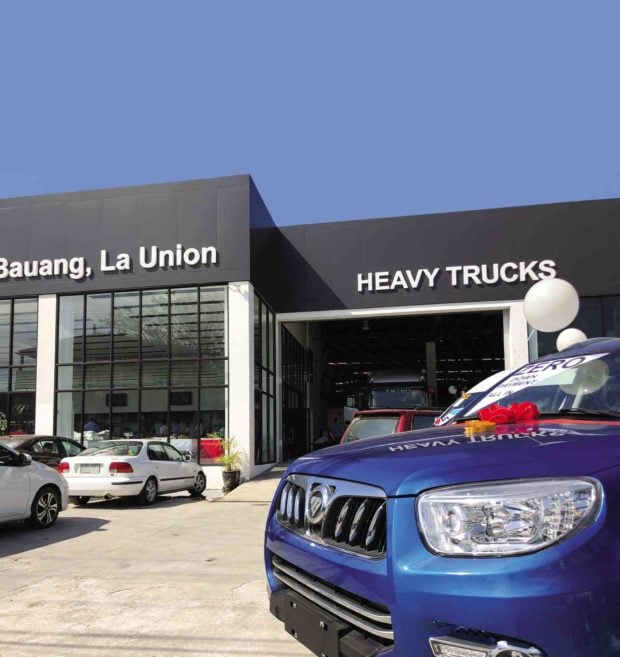