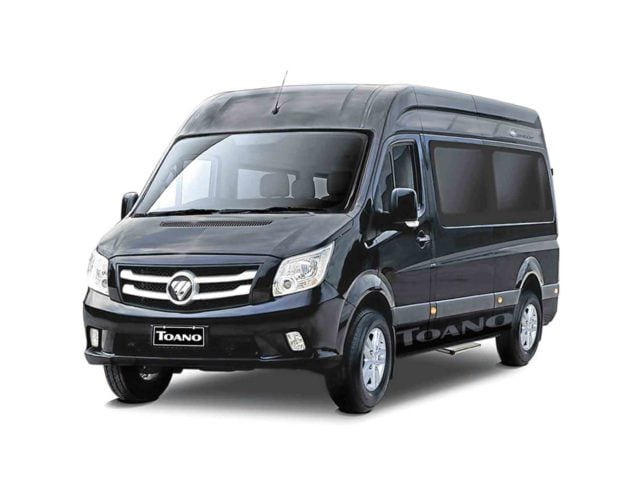 If you’re the type of person who loves to bring company along for long trips, vans should be your preferred ride.

Vans possess the capability to create joie de vivre on an epic scale of 10 or more people. The motto is simple: the more, the merrier.

I myself love the unique people-friendly charm vans bring to the table.

I have been an owner of a number of them—from an eight-seater Mazda 2000 PowerVan, to a Mitsubishi L300 FB, to a Toyota HiAce (which I currently use).

And I’ve test-driven many other vans from various car manufacturers.

There are two vans that stand quite literally head and shoulders above all other conventional people carriers.

One is the Hyundai “mini-bus” H350 (which I was able to drive a couple of months back), and the Foton Toano, which I got to test drive quite recently.

Foton itself has taken pride in its new gentle giant. Gentle, because it drives just as easily as any other conventional van, but it sure does carry a big stick.

In fact, the most inquired vehicles at Foton’s display booth were its vans, particularly the 16-seater View Traveller and the Toano Standard, EX and Limousine.

When I finally got the the Foton Toano Standard about a month ago, I experienced firsthand at least three of the five facets of the Blue Energy program: power, efficiency, and clean operations. 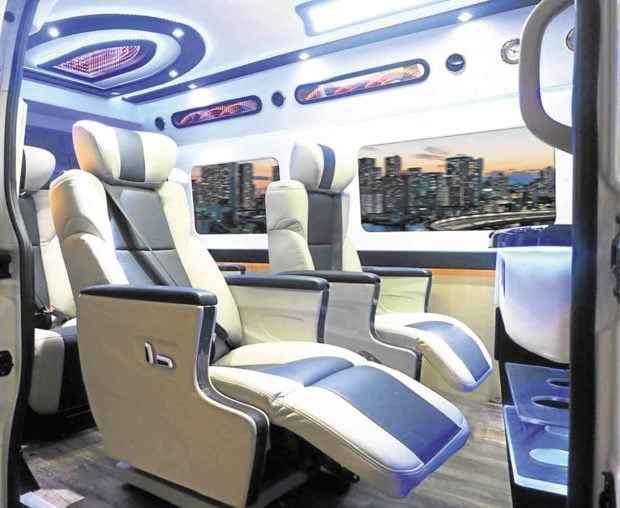 The Limo seats can be reclined and adjusted according to the personal preferences not only of the passengers, but also of the driver.

The durability and reliability part, well, is up to actual Toano owners to decide in the long run.

Here’s what I learned during the week I was in possession of the Toano:

Aside from its commanding presence, the Toano is powered by an engine that sports impressive numbers: a 2.8-liter powerplant mated to a 6-speed manual transmission producing 160 hp and torque of 360 Nm.

I feel this one is even more powerful than its closest competitor, the Hyundai H350.

Surprisingly, the Toano is charged as a Class 1 vehicle in the tollways, unlike the Hyundai H350, which gets classified as a 2 (probably because of the extra air-conditioning unit at the rear of the roof), and thus, charged double every time it passes the tollways.

The clutch could use a little “softening up.” Unlike the H350, which I felt had a more “lady-friendly” feel to it, the Toano clutch could very well build me an extra muscle in my left leg if I continued to drive it in Metro Manila’s stop-and-go traffic.

The Toano Standard may look elegantly impressive on the outside, but inside, the simplicity can be downright boring.

The Toano’s pimped-up version, its limousine variant, is a different story altogether. The high-end executive limousine is Foton’s idea of “landscaping” the standard 15-seater Toano van with more exquisite features.

This limousine variant has been updated with even more technology and convenience features, and a fresher look. 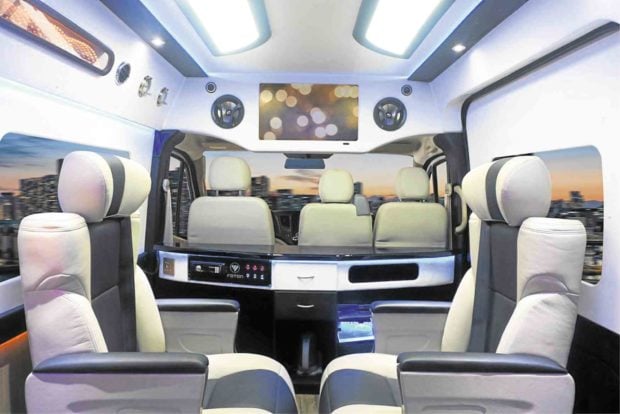 The 10-passenger set-up of the limousine variant has nautically themed interiors, with plentiful of lighting options catering to the passengers’ moods.

It has the blue LED pin lights around the nautically themed interiors, which add plentiful lighting options depending on the mood of the passengers.

Looking down and around, there’s laminated wood flooring, sunshade van curtains, plus an automatic electronic footboard for easier ingress and egress.

Unlike the standard 15-seater Toano, the Toano Limousine configures a 10-passenger setup, which makes the interior even more spacious.

There are three seats in front (including the driver’s), two captain chairs each for both second and third row, and the back row with three bench-type seats.

The Limousine’s seats are covered with leather upholsteries. These can be reclined, having electrical finetuning features that can be adjusted according to the personal requirements of height, back and seat angle, not only of the passengers, but also of the driver.

Infotainment in the Limousine matches luxury. Aside from the standard radio, CD player and audio inputs, the Toano Limousine also comes with an upgraded sound system that features a surrounding amplifier along with a dedicated subwoofer enclosure, all of which is balanced out with specialized interior wall noise reduction insulation.

You can also watch your favorite flick on a premium 23-inch LED TV.

The Toano Standard goes for P1.978 million, the EX variant at P2.338 million, while the Limousine goes for P2.58 million.

Our advice: check out all variants’ interiors. The drive is essentially the same, but the inside feel is a world apart.

Elegant seats for the Limo variant

Posh interior a far cry from that of the standard variant