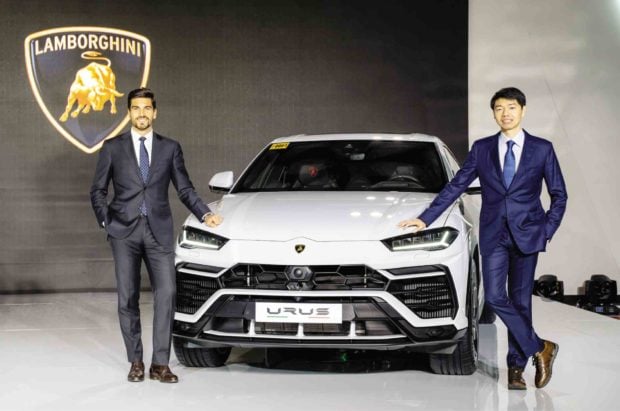 “The Lamborghini Urus is a model that’s born out of Lamborghini’s vision to continually defy boundaries and with it, the desire to create the world’s first super SUV. We are very proud to bring this groundbreaking car to the Philippines,” says Roberto Coyiuto III.

It’s exciting news for Lamborghini, because it has been 25 years since the last production unit of the V-12 engine powered Lamborghini LM002 rolled out in 1993, the brand’s first production SUV model. The iconic LM002 is the Urus’ “spiritual predecessor” and was produced from 1986 to 1993. In the 1980s, the LM002 was considered an unusual departure for the Italian carmaker that made its reputation in building high-performance hand-built supercars. The LM002 first appeared in the movie “Toys” in 1992 but made several appearances in the hit TV crime series “Miami Vice” from 1984 to 1989.
The Lamborghini Urus takes a visionary approach to creating a Lamborghini supercar using a very versatile platform, the SUV. With the Urus, the more appropriate label should be Super Sport Utility Vehicle and Lamborghini has destined it to become a game changer in the luxury car segment in terms of power, performance, driving dynamics, as well as unparalleled design, luxury and daily usability.

Barely in its first year of production, the Urus was named MVP SUV of Robb Report’s Best of the Best 2018 awards. The American luxury lifestyle magazine describes this super SUV as a “consummate crossover” with the combined elements of the Lamborghini Huracán Performante and Aventador S with its own innovative engineering.

Lamborghini says that the Urus has a cutting-edge, distinct and streamlined design with multiple souls–sporty, elegant and off-road. On the outside, its muscular sheet metal is designed to be highly-athletic with a distinctive luxury super sports car look. One can see that Lamborghini has included details and iconic shapes can be immediately recognized at first glance, such as the “Y” and the hexagon elements, the front bonnet with center peak and the cross lines on rear door. Its extreme proportions and the single silhouette line also make the Urus a real Lamborghini. 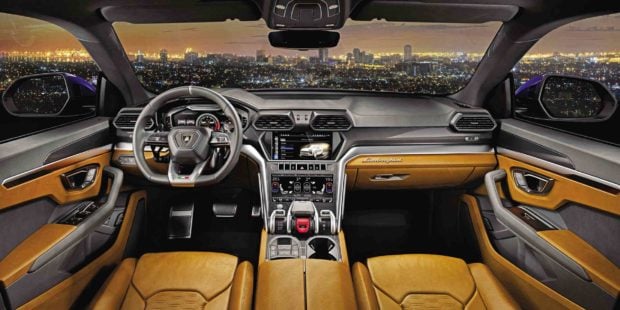 The interior of the Urus features the finest materials made with Italian craftsmanship and uses the state-of-the-art technology.

Unlike its predecessor the LM002, what’s interesting in the Urus is that its proportions are quite unique, with having the lowest height in its class. However, it took inspiration from the heritage of the LM002, with its “power dome” showing the position of the engine and its frameless doors recall the iconic Marcello Gandini line.

The Urus is the first true five-seater super sports car and just like all Lamborghinis, the interior of the Urus features the finest materials made with Italian craftsmanship and uses state-of-the-art technology. Its aeronautic design and the driver-centric instrumentation with three TFT screens, each one for the instruments, infotainment and comfort functions, including virtual keyboard feature with hand-writing recognition. The dashboard architecture follows the “Y” theme inspired by iconic Lamborghini models. The interior can also be customized to be more elegant or sporty, through the selection of different kinds of colors and materials, such as: natural leather, Alcantara, wood, aluminum or carbon and with the option for further sophistication on select materials through contrast stitching or Q-citura. Urus features the largest range of options ever presented on a Lamborghini, with multiple souls converging to create a unique vehicle. 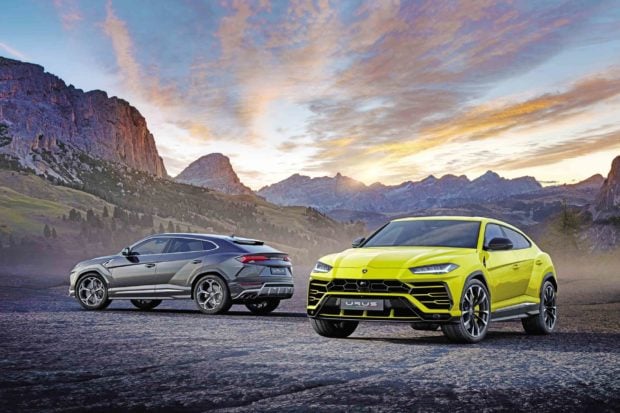 The production of the Urus comes from a dedicated assembly line that integrates new production technologies used in assembly and maintenance activities. Its Manufacturing Execution System (MES) was awarded the Gold Winner title of the prestigious SAP Quality Awards in the Business Transformation category. This integrated production management system makes it possible to organize the quality of the product and the related process up to its maintenance. This system allows consistent quality measures being implemented so that each Urus unit delivered to the customer will have the same and consistent fit and finish expected from a Lamborghini. For more information about the Urus or any of its models, contact Lamborghini Manila at 09175553771.