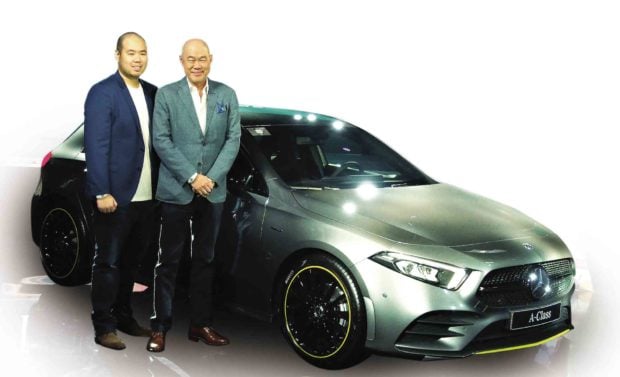 Would you believe that it took all of 21 years for this German marque to go from the W168, the first-generation of the A-Class, to the sleek, sophisticated, uber high-tech fourth generation A-Class that was unveiled in the Philippines just six days ago?

More on that back story later. Let’s focus first on the now, or to be more precise, Nov. 22 when the newest version of the A-Class was launched by Mercedes-Benz’s official Philippine distributor Auto Nation Group (ANG).

With the father-and-son duo of Felix and Francis Ang at the frontline of the occasion, the A-Class might as well have embodied the pair’s role in the company: “Youthful and dynamic as ever, but grownup and comfortable like never before.”

And with that came ANG’s claim that the new A-Class “completely redefines modern luxury in the compact class, and revolutionizes interior design.”

The A-Class comes truly loaded for its size. The Mercedes-Benz user experience (MBUX) elevates the connection between car and driver to a personal level.

The cockpit—with a high-resolution media display with touchscreen control, digital instrument cluster, intelligent voice control, and natural speech recognition, as well as the touchpad in the center console—is a quantum leap into the digital era for the carmaker. 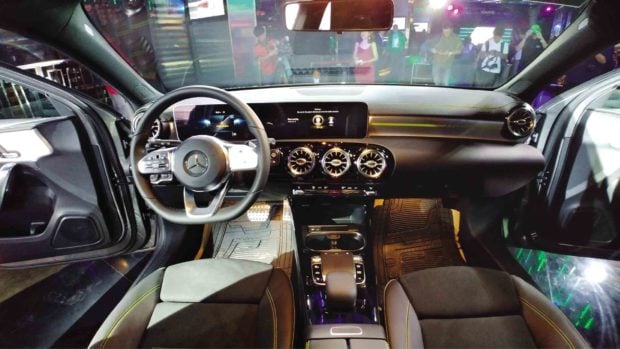 The cockpit is a quantum leap into the digital era for Mercedes-Benz.

The new Mercedes-Benz A-Class is available in three variants: A200 Edition 1, A200 Progressive, and A180 Progressive.

For this animal-loving writer and all the other vegan car enthusiasts, the A-Class even offers more pleasant surprises. Its interior seats are made of non-animal artico material.

Frustrating, though, that the automaker didn’t go all-out animal-friendly and 100-percent cruelty-free here, as I belatedly found out that the steering wheel is still wrapped in Nappa leather, which, if one Googles, is defined as typically dyed livestock skin.

Now, to the back story of the A-Class.

According to auto journalist Tony Lewin, author of the book “The A to Z of 21st Century Cars,” as the most fundamental step forward in small-car architecture since the original Mini of 1959, the Mercedes-Benz A-Class should have had much more influence on car design that it has had.

“Blame (the) cost (of) the A-Class’ revolutionary construction, which places the engine under the front floor so that passengers can enjoy S-Class space within the road footprint of a Volkswagen Polo, entailing a complicated sandwich floor structure, that is too expensive in today’s mainstream market.”

Still, not wanting the momentum of its “Babybenz” W201 (rolled out in 1982 as the automaker’s first venture into what auto historian Peter Ruch described as the “lowly middle sector”) go to waste, Mercedes-Benz proceeded with the A-Class’ development. 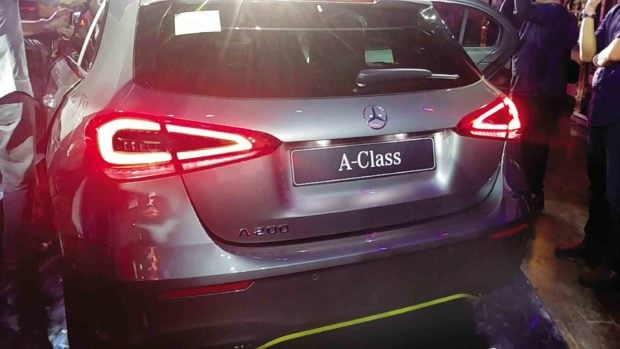 The A-Class’ rear exudes a modern, exclusive and contemporary air.

On Nov. 22, we were looking at generation 4, the W177. Though 21 years apart, the fundamental aim of this compact car remains the same.

Said Ruch at the time the W168 was introduced: “This method of construction guaranteed the small Mercedes a surprisingly large internal space and an improved adaptability. Undoubtedly the Stuttgart company did its best to give the then very small model a young image but thanks to the height of its seats, and its good visibility, the A-Class was very popular, above all, with an older public.”