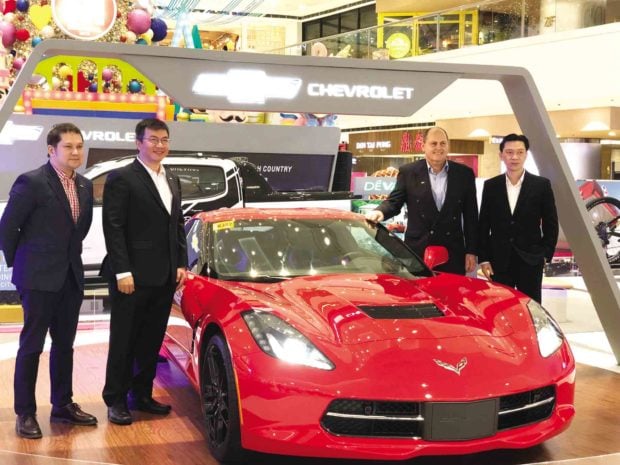 At the center of Chevrolet’s Motorama 2018 exposition, currently on display at the SM Megamall Fashion Hall, are five vehicles—and 455
horses at the center.

The horses are under the hood of the first Chevrolet Corvette officially imported into Southeast Asia.

The Torch Red Corvette Stingray packs a wallop, with a 6.2-liter aluminum V8 engine. The V8 delivers 455 hp and 621 Nm. It’s mated to an 8-speed automatic transmission with paddle shifters.

Wheels are staggered-sized: 19 inches in front and 20 inches on the rear, shod with Michelin Pilot Super Sport tires.

The wheels use a five split-spoke design, done in glossy black paint.

The driver can select from a variety of performance modes to modulate the controls, such as steering and throttle response. Modes from Weather to Eco to Sport and Track mode are available.

The driver can monitor G-force, tire temperature, and other parameters on the customizable 8-inch screen.

The performance data recorder captures video and performance data of your drive onto a memory card, so you can improve your driving techniques—or if you just want to post a video of your favorite lap for your friends. 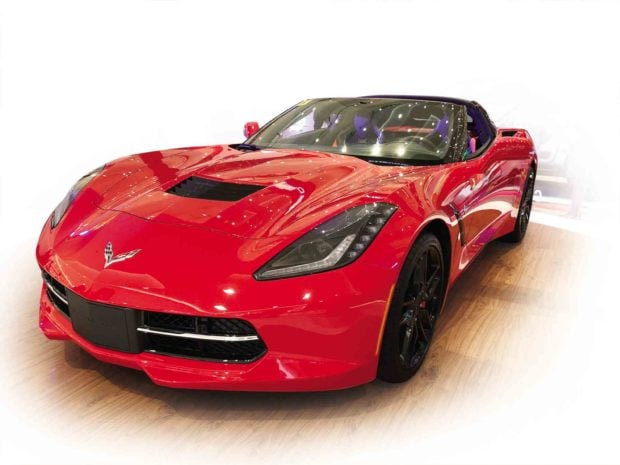 The 3LT is the top trim level of the Corvette Stingray. This includes custom leather-wrapped interior, including for the information and door panels, center console cover, and seats.

The upper interior trim uses sueded microfiber. Seats are trimmed in Napa leather, with emblems on the vented seats.

“We are extremely proud that the Corvette’s first launch in Southeast Asia is happening in the Philippines,” said Atty. Alberto B. Arcilla, president and managing director of TCCCI.

“As we preview the legendary sports car in the country—on its 65th year anniversary, no less—we are happy to provide the market with a driving experience like no other.”

The first Corvette, named after the navy warship, was shown in 1953 as a concept model. Popularly known as “America’s sports car,” the Corvette was manufactured in Bowling Green, Kentucky. A Corvette museum is also located on site. 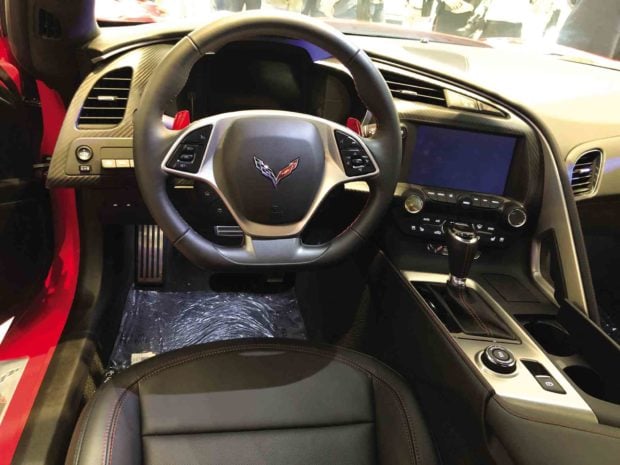 The cockpit gives the driver options of performance modes and a data recorder.

“Bringing such an iconic American supercar in the Philippines is a testament of General Motors’ commitment in the country and the rest of the region,” said Ian Nicholls, president of GM Southeast Asia.

“Throughout its history, the Corvette has proven the position of Chevrolet as a leader in producing vehicles with spirited performance and high quality design.”

The 2019 Chevrolet Corvette coupe is listed at P8,546,888. Corvette units will be available for delivery in the Philippines by first quarter of 2019.