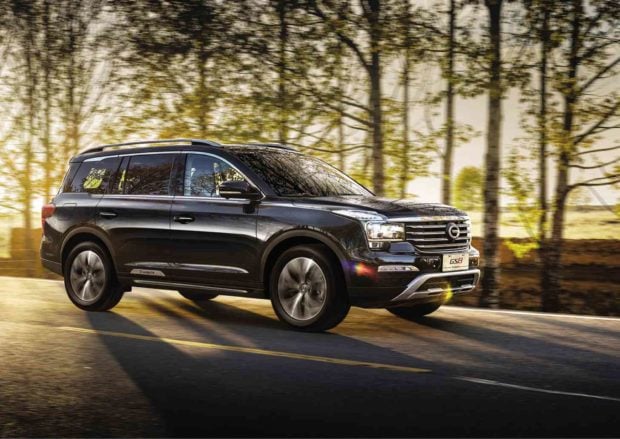 Legado Motors, Inc. (LMI) took the auto industry by surprise when this newcomer in the market launched GAC Motors Philippines last Nov. 7, with no less than President Rodrigo Duterte gracing the event and even unveiling one of the model cars.

Getting the brand to the Philippines was the brainchild of politician and businessman Luis “Chavit” Singson, whose business empire ranges from real estate, public transport, construction, retail, mining, and online entertainment under the LCS Group of Companies.

Chinese-made vehicles have been making a foray into the Philippine market for over a decade, but the more successful ones are focused mostly on the commercial vehicle segment where pricing and value-for-money packages are more critical and play a key role in closing a sale.

So when GAC made its debut in the local automotive scene, it made a lot of people curious. For one, the build quality and styling looked very good. Some models had even similar styling queues from its Japanese competitors.

We took its flagship SUV model, the GS8 mid-sized SUV, for a spin, and it did not disappoint.

The GS8 debuted in the Detroit Motor Show in 2017 and at the Beijing Auto Show a year earlier. Powered by a turbo-charged 2-liter (1991 cc) four-cylinder gasoline engine, it has a horsepower rating of about 200 hp and 320 Nm of torque.

The power and torque is more than adequate for urban driving and short out-of-town trips.

Inside, the interior looks very premium, and its wood and leather trimming, complete with the bells and whistles and a specs list similar to other Asian and European marques, can pass off as that of a traditional luxury SUV brand.

Driving the car around town was also quite pleasant, and from time to time, we would get curious looks from people who were curious about the vehicle brand we were driving.

LMI CEO Wilbert Lim said that when he visited the GAC China plant, he and Gov. Singson were very impressed. “We at Legado Motors are committed to provide world-class vehicles at affordable prices,” Lim shared.

Their strategy to bring in GAC vehicles and be a leader in providing luxurious yet budget-friendly dream cars for the Filipino people is something other Chinese-made vehicles have not dared to venture into, and although it is too early yet, it seems that initial feedback from the first batch of customers looks promising.

In less than a decade, GAC Motor has grown and expanded with four plants assembling vehicles in Guangzhou, Huangzhou, Yichang, and Xinjiang.

Its aggressive and continued overseas expansion is a product of its strategy of integrating quality and excellent customer experience that has allowed its models to receive 5-star ratings from China Automotive Technology and Research Center’s China-New Car Assessment Program (C-NCAP) crash test, making GAC the only full 5-star safety rating car brand in China.

The GS8 was designed by GAC’s head of design Fan Zhang. This mid-aged creative mind studied industrial design in Shanghai, and joined an international design competition in 2002 where he won Best Branding.

Zhang was noticed by Mercedes-Benz deputy design director Murat Gunak, and took him in the company where he worked for the German luxury brand in Sindelfingen before signing up with GAC in 2011.

After test driving the GAC GS8, this writer is convinced that China’s huge local automotive market and GAC’s aggressive capital expenditure for design and R&D will pave the way for Chinese cars like GAC to come of age—sooner than we think.