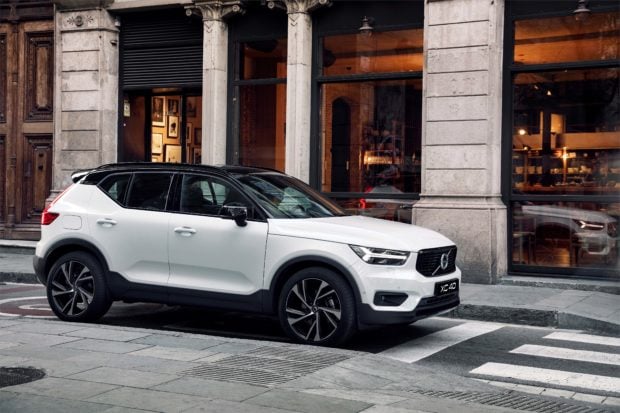 The Volvo XC40 was recently crowned Japan Car of the Year (JCOTY) 2018-2019 in an awarding ceremony held at the Tokyo International Exchange Centre. The award is given to newly released models or redesigned models released to the Japanese market released from November 1st of the previous year to October 31st of the following year. The award is decided based on the votes coming from jurors decided in real time, under the supervision of Japan’s top publications and automotive executives.

The Volvo XC40 ran neck-and-neck with a hometown favorite, the Toyota Corolla, but the XC40 prevailed with 49 more votes with a total of 363 votes to clinch the title. It is the award-giving body’s first time to give a back-to-back win and the third non-Japanese model receive the award. It is a nod to the Swedish carmaker’s attention to quality and excellent automotive engineering. The XC40 was also the first Volvo model to win the prestigious European Car of the Year award.

“After the XC60 won last year, we are ecstatic with this back-to-back victory and I’d firstly like to thank our nationwide staff for this award. The XC40 is the perfect size and competitively priced for the Japanese market so we hope to transfer this award into solid sales,” says Volvo Japan CEO Takayuki Kimura.

The introduction of the XC40 completes Volvo’s premium line-up of SUVs, adding to the Volvo XC60 and XC90. The XC40 is the first car based on the brand’s new Compact Modular Architecture (CMA), an advanced vehicle platform that will underpin all other upcoming Volvos in the 40 Series. It is now available in the Philippines in the 2-liter 4-cylinder Drive-E turbocharged engine rated at 247hp with an impressive 350Nm of torque. It comes with an all-wheel drive, 8-speed Geartronic automatic transmission. For more information, visit Volvo’s showrooms located at Don Chino Roces, Makati City and Molito Complex at the Madrigal Business Park in Alabang, Muntinlupa City.