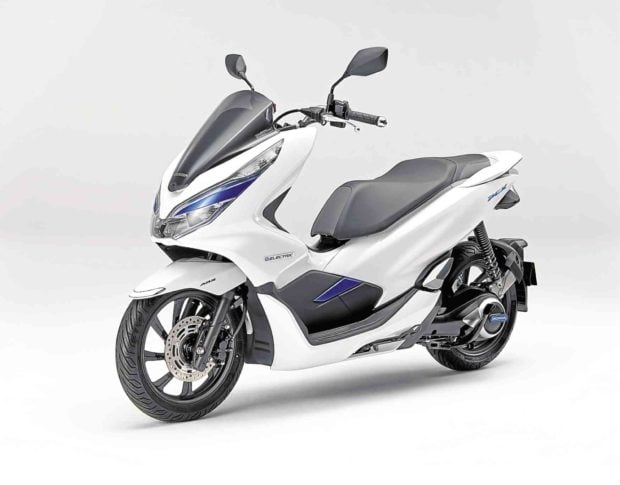 “Soon in Romblon, Honda will [use] PCX Electric [to harness a] wind power generator as renewable energy source in the island,” Honda said in a statement.

“Honda looks forward to the continuous innovation of its products to contribute to the creation of a sustainable and carbon-free environment,” The Tokyo-based firm said.

When installed with two Mobile Power Pack units, the PCX Electric can travel up to 41 kilometers on a single charge.

The scooter also features all-LED lights and the Honda SMART Key System which allows the rider to unlock the main switch knob by simply approaching the scooter without removing the smart key from their garment.

In 2017, Honda started a demonstration test of the Mobile Power Pack, choosing Romblon as the test site considering that the off-grid island depends mainly on diesel-powered generators for its electricity supply.

Honda said that as part of its efforts “to realize a sustainable society,” it had developed the Mobile Power Pack which can use renewable energy as a power source for electric devices that are necessary for people’s daily lives, including electric mobility products such as scooters.

The company said it was expanding its efforts toward the realization of “local generation and local consumption of energy.”

The demonstration test was jointly conducted with Honda’s Osaka-based partner Komaihaltec, which installed a wind power generator in Romblon.

Honda then installed its Exchanger through which stores surplus electricity into  Mobile Power Packs.

In 2017, Honda said favorable results in Romblon would prompt the demonstration and test of the Mobile Power Pack Exchanger in other countries toward eventual mass production.-By: Ronnel W. Domingo